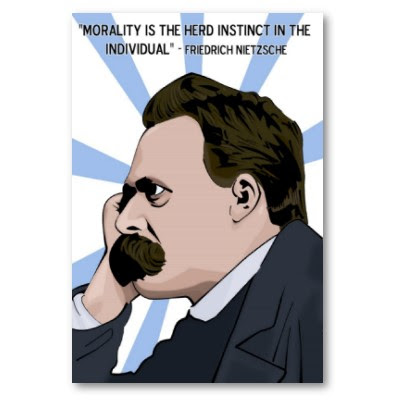 The nihilism unleashed by Nietzsche has caused more harm and suffering than can ever be measured. It turns out that much of the themes of anti-human exceptionalism we see today come right out of his playbook. For example, last week I criticized a University of Wisconsin professor named Deborah Blum for not knowing whether we—or hyenas—are the moral species. From my post:

Blum clearly yearns for animal “morality” to be something more: “My only complaint is that the book [her review of which I was quoting] is overly careful. The authors try too hard to keep their conclusions non-threatening. I wish they’d attempted to answer that tricky question that nags at me whenever I study a captive animal. As I stand on the unrestricted side of a fence watching a hyena, and it watches me back with deep, wary eyes, which one of us is really the moral animal?”

It turns out Nietzsche said the same thing as Blum a hundred years ago:

Denying human exceptionalism leads to darkness, suffering, and death. It is very disturbing that Friedrich Nietzsche, in his growing darkness, espoused the very anti-humanism that has entered the scientific/bioethical mainstream.
0
Print
Email
Prev Article
Next Article