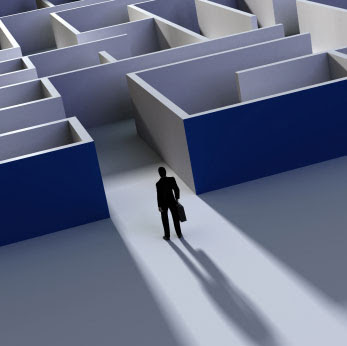 The current national health care plans being written in the Congress would require every one of us to purchase private health insurance. From the USA Today editorial supporting the idea:

In a nation where 46 million people are uninsured, it is one of the most direct routes toward universal, or near universal, coverage. And it would help spread the costs of health care to include millions of free riders, particularly young adults who could afford to be covered but see themselves as unlikely to get sick or be in an accident. When they do end up in the hospital, their costs are passed along to government and private insurers, who hike premiums on those who are insured.

A mandate would also require everyone to be able to get insurance, which is not the case now. At its core, the concept is unassailable. If society isn’t going to turn people away at emergency rooms, it should at least try to stop them from betting with house money that they won’t end up in one.

This needs deep thinking.  It is going to have to open the door to coverage for people with serious health conditions, those who are currently “cherry picked” out of obtaining insurance.  But doing that will raise premiums for everyone else, raising a serious affordability issue. Perhaps there can be an “assigned risk” policy available, as with auto insurance, for people who would otherwise have difficulty obtaining coverage, with the premiums and benefits paid for by the insurance companies and the Feds together.  Or, with private insurers required to take a percentage of these people who would normally be underwritten out.

Second, there would have to be one affordable plan, a stripped down model if you will, e.g., coverage only for serious medical conditions and/or with high deductibles and co-pays.  Also, no mental health, no prescription drugs, no abortion, etc.  Extra coverages and lower deductibles should be available, but should be riders paid for extra by the insured or his or her employer.

Third, I don’t think there should be a competing federal health plan.  The government has enough on its hands with Medicare and Medicaid without going into the private insurance business.  And the point of such a competing plan would be to push private carriers out of business.

Fourth: The plans would have to be national instead of state regulated. Illegal aliens would not qualify, in order to keep people from migrating here for the health care. And no centralized utilitarian bioethics committee telling the insurance companies who to ration out of the lifeboat.

When it comes to health care, we are in a pickle. The current system is dysfunctional, partly caused by insurance company predation and cherry picking.  A nationalized plan won’t work.  Meanwhile, people want BMW coverage and want it for a used Yugo’s price.  And any system will require massive government underwriting, but our leaders have no intention of triaging government services to help pay for it. Meanwhile, many special interests have financial and ideological agendas that they wish to impliment through the health care debate.  What a mess.  I despair at our ability to actually create a viable, common sense-based and affordable health care system.
0
Print
Email
Prev Article
Next Article