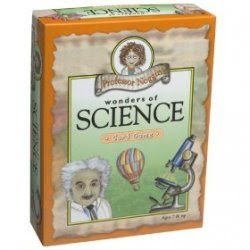 Boy, let us hope this works out! Scientists have discovered that adult stem cells may be able to help restore memory lost to Alzheimer’s dementia. From the story:

Researchers have shown for the first time that neural stem cells can rescue memory destroyed by advanced Alzheimer’s disease, leading to hopes for a treatment for the condition.

American scientists at the University of California have shown for the first time that stem cells injected into the brain can rescue memory in mice, rebuilding neurons and memory. “Essentially, the cells were producing fertiliser for the brain,” said Professor Frank LaFerla, director of the university’s Institute for Memory Impairments and Neurological Disorders. They examined the mouse brains after the injection and found six per cent of the stem cells had turned into neurons with the majority becoming other types of brain cells which aided growth. The stem cells were found to have secreted a protein called brain-derived neurotropic factor, or BDNF which caused existing tissue to sprout new neuritis – the connections between neurons.

A few points: First, this is not a “cure.”  It is very preliminary animal work that may or may not translate into humans. Second, the actual treatment may turn out to be the creation of the neurotropic factor, which might also be produced in greater quantity with pluripotent stem cells, ethically with iPSCs or other alternatively derived forms, or ESCs.  Finally, more proof of the utter need for animals in medical research.
0
Print
Email
Prev Article
Next Article