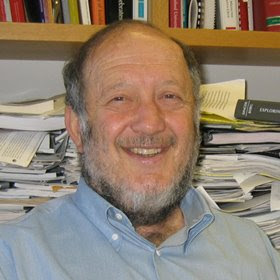 I have been saying for years that the great stem cell debate isn’t really about leftover embryos due to be destroyed anyway. That was just the pretext, an opening gambit intended to desensitize people  to the idea that nascent human life can be treated as nothing more than a corn crop.  The real goal is human cloning, first for stem cells and later for use in genetic engineering experiments, fetal farming, and eventually, reproductive cloning.

“In terms of extending the classical embryonic stem cell lines that can be used with federal funding, this is an important step forward,” said Stanford University School of Medicine stem cell researcher Irving Weissman, MD. “However, the policy banning funding of other stem cell lines produced by transferring the genetic material from a patient to an egg is a terrible disappointment. It seems inconsistent with the president’s promise to allow scientific facts to determine science policy.”

But this isn’t, and never has been a science dispute. It is a dispute about ethics, about which Weissman has no more claim to certitude than the corner barber or your friendly bioethics blogger (and visa-versa). Indeed, where these policy lines are drawn is what the democratic process should be all about—although as I have also predicted, once there is a perceived friendly Supreme Court, expect “the scientists” to sue for a constitutional right to conduct scientific research free from any meaningful constraint by the great unwashed.

Here’s a factoid Weissman omits: Under the law, the NIH probably can’t fund human SCNT. As I previously have pointed out, that would require the elimination of the Dickey Amendment, which, with the Bush funding restrictions now dead and buried, is the next target of Big Biotech. That will be whale of a political brouhaha that could blaze into the headlines next year, or perhaps the year after—since our courageous politicians tend to avoid such issues when their re-election is pending. Whenever it comes, once the battle is joined, expect SHS to jump into the fray.
0
Print
Email
Prev Article
Next Article