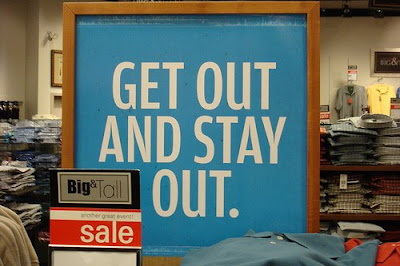 A federal case involving a pharmacy refusing to dispense Plan B—aka the “morning after pill”—based on religious objection also has disturbing implications for assisted suicide in that state. A three panel Court of Appeals panel reversed an injunction and sent the case back to the trial court for further consideration. But in finding that Washington regulations requiring pharmacists to carry and dispense all legal drugs and medications is a rule of general applicability—thus precluding religious conscience-based exemptions—it also means that all pharmacists in the state must dispense death to terminally ill patients in Washington who receive lethal prescriptions. From the case Stormans v. Salecky:

The new rules do not aim to suppress, target, or single out in any way the practice of any religion because of its religious content. Though the procedural posture presents a sparse record, that record sufficiently reflects that the object of the rules was to ensure safe and timely patient access to lawful and lawfully prescribed medications...

That the new rules prohibit all improper reasons for refusal to dispense medication—permitting only refusals for reasons enumerated in the narrow class of exemptions—suggests that the purpose of the new rules was not to eliminate religious objections to delivery of lawful medicines, but to eliminate all objections that do not ensure patient health, safety, and access to medication. Thus, the rules do not target practices because of their religious motivation.

Ah, you say, “But Wesley: Under the Washington assisted suicide law, “providers” are not required to “participate.”  True, but the law does a tricky thing.  It narrowly defines the meaning of participation so that it does not include dispensing the drugs.  From 2(d)(ii) of RCW 70.245.190, the immunities section of the assisted suicide law:

Oops. That very narrow definition trickily takes away the non participation protection from pharmacists, since to “participate” only means to perform the duties of the attending (prescribing) physician, the consulting physician, or the mental health professional who consults in the case. It does not mean dispensing the lethal prescription or filling out the forms required of pharmacists.

Thus, under the reasoning of the court ruling, not only will pharmacists in WA have to dispense an overdose to patients knowing it is intended for use in suicide, even if they have a religious objection, but they will also have to perform the required bureaucratic functions. Ironically, one professional role pharmacists are supposed to play—which is why they do far more than merely count pills into bottles—is to protect patients from receiving prescriptions that could conflict with other prescribed drugs, resulting in their deaths.

No one should have to participate in the intentional killing of a human being. The law must be changed to exempt pharmacists from participating in assisted suicide—in essence a conscience clause. Otherwise, pharmacists who don’t want the figurative blood of suicidal patients on their own hands will be forced to leave the profession, or at least, leave the state.  Of course, that is precisely what assisted suicide advocates would like.
0
Print
Email
Prev Article
Next Article