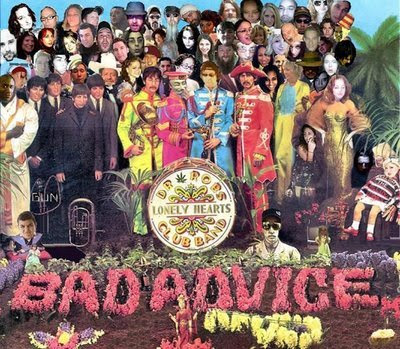 Betsy McCaughey has been pounding the drum about the dangers of Obamacare.  Today, she warns about the beliefs of two key Obama Administration health care advisers in an opinion column (“Deadly Doctors”) in the New York Post. From the column:

Yet at least two of President Obama’s top health advisers should never be trusted with that power. Start with Dr. Ezekiel Emanuel, the brother of White House Chief of Staff Rahm Emanuel...Emanuel bluntly admits that the cuts will not be pain-free. “Vague promises of savings from cutting waste, enhancing prevention and wellness, installing electronic medical records and improving quality are merely ‘lipstick’ cost control, more for show and public relations than for true change,” he wrote last year (Health Affairs Feb. 27, 2008). Savings, he writes, will require changing how doctors think about their patients: Doctors take the Hippocratic Oath too seriously, “as an imperative to do everything for the patient regardless of the cost or effects on others” (Journal of the American Medical Association, June 18, 2008).

Yes, that’s what patients want their doctors to do. But Emanuel wants doctors to look beyond the needs of their patients and consider social justice, such as whether the money could be better spent on somebody else...Emanuel, however, believes that “communitarianism” should guide decisions on who gets care. He says medical care should be reserved for the non-disabled, not given to those “who are irreversibly prevented from being or becoming participating citizens . . . An obvious example is not guaranteeing health services to patients with dementia” (Hastings Center Report, Nov.-Dec. ‘96)...He explicitly defends discrimination against older patients: “Unlike allocation by sex or race, allocation by age is not invidious discrimination; every person lives through different life stages rather than being a single age. Even if 25-year-olds receive priority over 65-year-olds, everyone who is 65 years now was previously 25 years” (Lancet, Jan. 31). [JULY 30 UPDATE: The Lancet piece is not explicitly about rationing, but allocation in times of extreme resource scarcity. See this later SHS post for analysis.]

Readers of SHS will recall that Emanuel also believes we all have a moral obligation to agree to be experimented on.  The next adviser is just as bad:

Dr. David Blumenthal, another key Obama adviser, agrees. He recommends slowing medical innovation to control health spending. Blumenthal has long advocated government health-spending controls, though he concedes they’re “associated with longer waits” and “reduced availability of new and expensive treatments and devices” (New England Journal of Medicine, March 8, 2001). But he calls it “debatable” whether the timely care Americans get is worth the cost. (Ask a cancer patient, and you’ll get a different answer. Delay lowers your chances of survival.)

Obama appointed Blumenthal as national coordinator of health-information technology, a job that involves making sure doctors obey electronically deivered guidelines about what care the government deems appropriate and cost effective.

And let us not forget Cass Sunstein, who not only wants animals to be able to sue their owners, but also believes that the lives of elderly people should be given a lower value in regulatory cost/benefit rule making analyses