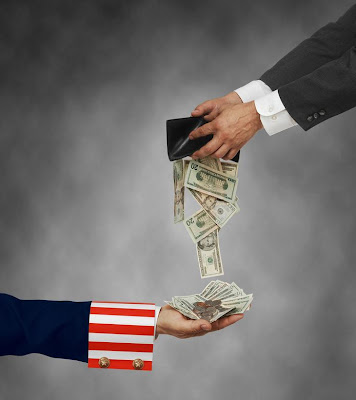 Obamacare hasn’t even started yet, and health care reform has those of the Leftist persuasion—read LA Times editorial—salivating—in this case literally—to tax fattening food to stop the fat from costing so many health care dollars. From the editorial:

Key among the “interventions” the report weighs is that of imposing an excise or sales tax on fattening foods. That, says the report, could be expected to lower consumption of those foods. But it would also generate revenues that could be used to extend health insurance coverage to the uninsured and under-insured, and perhaps to fund campaigns intended to make healthy foods more widely available to, say, low-income Americans and to encourage exercise and healthy eating habits.

If anti-tobacco campaigns are to be the model, those sales taxes could be hefty:  The World Health Organization has recommended that tobacco taxes should represent between two-thirds and three-quarters of the cost of, say, a package of cigarettes;  a 2004 report prepared for the Department of Agriculture suggested that, for “sinful-food” taxes to change the way people eat, they may need to equal at least 10% to 30% of the cost of the food.

So, we’re going to tax the fat to be able to subsidize better eating habits of the poor?  Too much micromanagement!  Besides, that’s  just a bromide because the editorialists know this would be a tax on the poor even  though they really just want to slap Rush Limbaugh.

But once we take that road, where next? How about doubling the cost through taxes of Cosmopolitan, Playboy, MTV, and any movie in which boy and girl, girl and girl, or boy and boy fall into bed on the first date because they promote promiscuous behavior, the STDs spread thereby, like HIV and gonorrea, cost beaucoup health care dollars?  Nope. We’ll never do that: We only tax politically incorrect unhealthy activities.  Okay: How about taxing motorcycles?  That works.  Families that dare to bring children with disabilities into the world or who maintain the lives of people with profound cognitive impairments since they cost so much. Ka-ching! What about guns? Yes, we can undermine the 2nd Amendment with taxes!  Parachutes?  Splendid! GW Bush is a skydiver. And we musn’t forget horseback riding.  Then there’s perfume, church insense, and other alergy inducing particulates. No, they don’t cost too much in health care dollars when taken respectively, but you add up the little things and it can save billions!

The handwriting is on the proverbial wall: Health care will become the catch all excuse for tax, tax, tax and control, control, control. We must defeat this plan.
0
Print
Email
Prev Article
Next Article