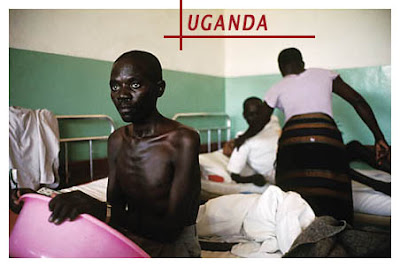 I don’t think the Western media cover the catastrophe of African Aids nearly enough. And I think the lessons learned there are also ignored. First, when Uganda actively promoted ABC—abstinence, be faithful, but if if not those, use condoms—HIV infection rates plumetted. That makes sense. Condoms are not “safer sex,” as our AIDS activists and press so often put it to, but “less safe sex,” since infections still occur when condoms are used.  Abstinence or sex with a mutually monogamous uninfected partner are the only sure ways to prevent sexually transmitted AIDS.  When Uganda’s president and public health sector actively pushed abstinence and monogamy, it worked. And, with far fewer people engaging in dangerous behavior, the condom aspect helped as well.

But, as I recall, much criticism was directed at this approach, CNN (not the news network) advocated as the alternative—start with “condoms” (which assumes people won’t be abstinent or monogomous), needle exchange (a different matter, not relevant here) and “negotiation,” teaching individuals how to negotiate with their partners about condom use and other decisions that impact HIV transmission. But this doesn’t work when the virus is spread widely throughout society:

According to the UNAIDS report, “There are no definite examples yet of generalized epidemics that have been turned back by prevention programs based primarily on condom promotion.” The report does however say that condom use is effective especially if used together with other prevention methods of abstinence and faithfulness.

That makes sense to me: If you expect people to not control their urges, they won’t.

Alas, the Uganda success story is fading now with a return to soaring of infection rates. From the story:

After a dramatic fall in the incidence of HIV/Aids in Uganda in the 1990s, the pandemic is spreading again in the east African country, a government report released this week showed.  A little over 90 000 people contracted the HIV virus in 2008, nudging the infection rate to 6.4% from 6%  four years ago, The New Vision newspaper on Thursday quoted the report that was released by the presidency on Tuesday as saying

One cause cited in the story, an increase in laxity toward the A and the B.

Now, in other news, a study has shown that circumcision helps prevent transmission of HIV to men from infected women, rebutting those advocates like Dr. Dean Edell, who castigate the practice as having no practical health value. From the story:

Circumcision may help protect men from the AIDS virus but it does not protect the wives and female partners of infected men, researchers reported on Thursday. The disappointed researchers had to stop the trial, which they had hoped would confirm early suggestions that circumcision would protect men and women alike. But, they said, circumcision is so effective in protecting men that will still likely benefit women indirectly by reducing circulation of the virus in general.

Here’s a story of the S. African government’s failure to promote circumcision, just the latest in its many abject failures to combat HIV. (This brings to mind when I keynoted a bioethics conference in Capetown with a speech against assisted suicide, in which I brought up the question of whether people with AIDS in S. Africa would be treated or killed. I was followed by the head of the South African Medical Association who powerfully denounced his government’s AIDS policies as “genocide.”)

AIDS is the health tragedy of our time. Alas, the politics of the disease—which angrily eschews anything that can be perceived as judgmentalism or moralizing—too often, as I see it, has mattered more than focusing on best methods of saving lives.
0
Print
Email
Prev Article
Next Article