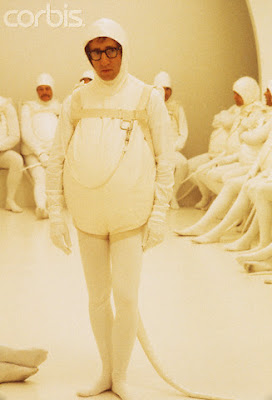 Scientists claim to have created sperm  using embryonic stem cells. From the story:

Researchers led by Professor Karim Nayernia at Newcastle University and the NorthEast England Stem Cell Institute (NESCI) developed a new technique that allows the creation of human sperm in the laboratory. They stressed that the sperm, developed from stem cells with XY chromosomes (male), would not be used for fertility treatment, as this is prohibited by British law and in any case is not their main interest...

He said more investigation was needed to decide whether the so-called in-vitro derived (IVD) sperm, could be used as a fertility treatment, for example for boys who became infertile after receiving chemotherapy for cancer.

Of course, we should take this with a large grain of salt. We have no idea if these “sperm” would be fertile or would have normal chromosomal capability.  Indeed, the scientists say these “sperm” probably wouldn’t function properly as gametes.

But if this area of research pans out over time—and as a fertility treatment cloning would be required since using other embryos would be the equivalent genetically of using cells from an unrelated sperm donor—embryos could one day be created in order to be destroyed so that infertile men and lesbians could father children with the sperm created from the cells of destroyed cloned embryos. Ironic, n’est ce-pas? It makes me dizzy.
0
Print
Email
Prev Article
Next Article