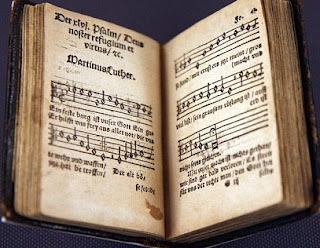 The Rev. Russell E. Saltzman has authored a remarkable essay published on First Things’ On the Square (31 July 2009), “An Ecumenical Moment for One.”

A Lutheran pastor in Kansas City , the Rev. Saltzman laments his denomination’s (Evangelical Lutheran Church in America) readiness to bless same-sex unions and to allow those in same-sex unions to be ordained to the pastorate. He anticipates that this will occur at the ELCA’s forthcoming meeting in Minneapolis, 17-23 August 2009.

After entertaining several options for recalcitrant Lutheran congregations such as his own, he offers this possibility in his concluding three paragraphs:

Frankly, the creation of one more Lutheran church body in America is a dauntingly depressive possibility. I’m not entirely certain I want anything to do with it . . . unless we’re talking about a ministerium organized to open dialogue on becoming a Roman Catholic affiliate, congregations, pastors, the whole caboodle, eventually seeking full communion with the bishop of Rome. If Rome cooperates, this ought to be pretty easy. Just think of us as inactive members seeking reinstatement. In my congregation, an officially inactive member is welcomed back to full fellowship by making a contribution and receiving Holy Communion, and sometimes we’ve been known to even skip the contribution part. Couldn’t the Church of Rome handle that? There might be a few subsidiary issues to settle, but get us inside first and everything else becomes manageable. What is needed here is a brave archbishop or two, together taking cognizance of what is about to happen to the ELCA, and stepping forward as potential shepherds. Can’t really call it stealing sheep if the previous shepherd has run off, can you?

No, I’m not being facetious. Not altogether. The original intent of the sixteenth century Reformers wasn’t to start a new church but to be a witness for evangelical reform within the one church. Our Lutheran confessional documents—notably the Augsburg Confession of 1530—forcefully argues that nothing Lutherans taught was contrary to the faith of the church catholic, nor even contrary to that faith held by the Church of Rome. As it has happened, much to our Lutheran chagrin, late twentieth century Rome itself become a better witness to an evangelical gospel than early twenty-first century Lutherans have proved capable of being. And for all the radical Lutheran polemic coming after Augsburg—you know, about the pope being the latest anti-Christ sitting on the throne of the whore of Babylon—truth is, these days, I get far less trouble from the bishop of Rome than I get from my own bishop.

Some time in the mid-1980s Richard John Neuhaus told me—with no little optimism, I might add—that fifty Lutheran pastors and their congregations seeking fellowship with Rome would become an ecumenical moment. After he himself became Roman Catholic following formation of the ELCA he lowered the number to a more modest twenty-five. Facing the August convention of the Evangelical Lutheran Church in America and its inevitable aftermath, I’m wondering, how about one?
You can read the whole thing here . For Lutherans entertaining the same possibility, let me suggest the 95-page essay authored by my friend, Robert C, Koons, Professor of Philosophy (University of Texas), “A Lutheran’s Case for Roman Catholicism.”