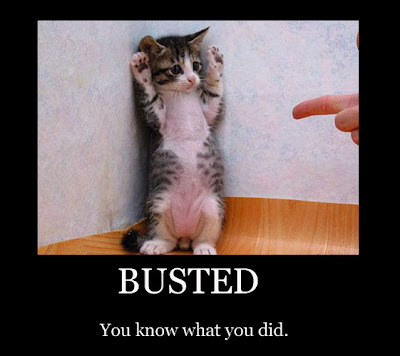 I have been cogitating on the hysterical condemnation yesterday by the American Society for Bioethics and Humanities against the “heinous form of intellectual violence” supposedly inflicted against bioethicists such as Ezekiel Emanuel by Obamacare critics.  Here’s the thing about the bioethics movement, on one hand many of the most prominent activists in the movement push the most radical ideas, and then when called on it, they just say it is a bunch of thinkers musing about philosophical issues.

It’s a ruse.  Here is how I put it in the first chapter of Culture of Death:

While there are certainly dissenters within the bioethics ranks, I have come to the unhappy conclusion that the predominate and most influential strain of bioethics has a distinct philosophical outlook and planned policy agenda which dehumanizes the weakest and most vulnerable among us and is antithetical to virtuous public policies, medical protocols, and professional attitudes that have guided health care for millennia.  Indeed, after immersing myself in the field’s literature, text books, and opinion articles, after tracing the public impact of bioethics advocacy in our medical policies, court decisions and laws, it is clear to me that predominate bioethics has long ceased to be a dispassionate dialogue, if it ever was one.  Its leading voices have forged it into what I believe is described fairly as orthodoxy, perhaps even an ideology.

My opinion is undoubtedly uncontroversial.  Most bioethicists would recoil at a depiction of themselves as “true believers” subject to orthodox precepts and the emotional zeal generated by intensely-felt ideology.  Their self-view is that of the ultimate rational analyzer of moral problems, who, were pipe smoking still fashionable, would sit back, pipe firmly in mouth, acting as dispassionate “mediators” between the extremes of medical technology and the perceived need for limits. [i]

But that is self-deception.  Once bioethics moved away from ivory tower rumination and to actively influence public policy and medical protocols, by definition the field became goal oriented.  Indeed, University of Southern California Professor of Law and Medicine, Alexander M. Capron, notes that from its inception, “bioethical analysis has been linked to action.”[ii]If dialogue is linked to action, at the very least, that implies an intended direction if not a desired destination.  Even bioethics historian Albert R. Jonsen, a bioethicist himself, calls bioethics a “social movement.”[iii] Has there been any social movement that was not predicated, at least to some degree, in ideology?  Moreover, the bioethics pioneer, Daniel Callahan, co-founder of the bioethics think tank, The Hastings Center, has admitted that “the final factor of great importance” in bioethics gaining societal respect, was the “emergence ideologically of a form of bioethics that dovetailed nicely with the reigning political liberalism of the educated classes in America.”[iv] Thus, mainstream bioethics is explicitly ideological, reflecting the values and beliefs of the cultural elite.

Remember, these are the “experts” who would be placed on cost containment boards, who advise the regulators, who testify in court and before legislative committees.  Their influence is tremendous—although for some reason they are fond of denying it.  And whenever the spotlight is thrown on what the movement thinks (generally) and the real world consequences for individuals and society, they bellow in protest.

Let us hope that thanks to the Obamacare debate, the jig is finally up.

The references from the COD quote can be found below.