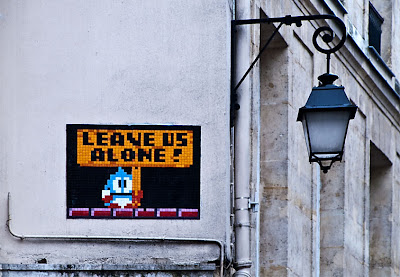 The Bioethics Establishment are sure a thin skinned lot.  When my book Culture of Death came out, criticizing entirely mainstream views within the the bioethics movement, you should have heard the screaming. One bioethicist even wrote a review in a major bioethical journal asserting that the book should never have been allowed to be published!

Now, The Bioethicists are in high umbrage because people have dared criticize bioethical mainstream views in the Obamacare debate, which would clearly dismantle Hippocratic medical values and impose a quality of life ethic on medicine and society. Yesterday’s blistering column in the Wall Street Journal about the writing of Ezekiel Emanuel apparently was more than the bioethics big shots could take.   From the statement of outrage issued by the American Society for Bioethics and Humanities:

In recent days we have witnessed unfair attacks in print and on the Internet on prominent bioethicists such as Ezekiel Emanuel and Robert Pearlman. (cf. B. McCaughey, “Deadly Doctors” New York Post, August 17, 2009; J. Towey, “The Death Book for Veterans,” Wall Street Journal, August 18, 2009). In each case, these ethicists have been incorrectly portrayed as seeking to disenfranchise patients from the decision making process and thereby hasten their deaths. Mischaracterizing the work of any of the thoughtful people who have tried to contribute to this debate, attributing to them nightmarish views for purely political purposes, not only perpetrates a heinous form of intellectual violence against those individuals, it denigrates bioethics as a profession, and more importantly, it does a profound disservice to the society that we seek to serve...

The Board of Directors of the American Society for Bioethics and Humanities deplore the attempts by opponents of health care reform to scare the public by parodying bioethicists’ efforts to promote respect for patients’ wishes concerning compassionate care at the end of life. Ripping language from its context in a living will or policy proposal can easily make any document or mechanism sound inhumane and cruel, but it is a form of dishonesty that merits only contempt

Heinous form of intellectual violence?  Oh, brother. And if they want to talk about reasons for contempt, perhaps they should look at the content of their own advocacy, which the disingenuous techniques of the trade such as using passive language, hedges, and parsed nuances can’t fully mask.

Here’s the thing: Bioethicists are striving mightily to move us toward (in my view) some very dark places.  Some—although certainly not all—counseling books about advance directives and some of the documents clearly push people toward the choice of refusing care.  But that is a side issue. What has really been exposed in this debate is that most of the big punchers don’t believe in the human exceptionalism or the sanctity/equality of human life.  Indeed, the overwhelming view is support for personhood theory, futile care theory, assisted suicide, health care rationing, therapeutic cloning, reproductive absolutism, a belief in “specieisism,” etc.

So, how are people in a democratic society to prevent these views, which I believe are opposed by most people, from being institutionalized into our laws and procedures?  Those who inhabit the ivory tower are mostly a lost cause.  But we can win the battle of ideas for the future of our cultural values, public policies, and the ethics of health care on Main Street among the regular folk who still adhere mostly to human exceptionalism.  But getting Main Street to pay attention is hard.  The current health care debate, however, has focused people’s attention and the reports about what many of the country’s most prominent bioethicists really think. And they are letting our leaders know that they don’t like what they see. In a democracy, that is entire healthy and proper.
0
Print
Email
Prev Article
Next Article