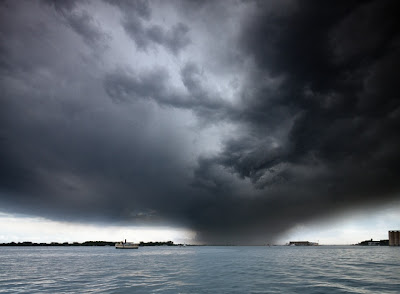 Dario Ringach was formerly a researcher at UCLA who used monkeys to learn whether an optical implant in the brain and attached to glasses could help the blind to see. But he was driven out of his work by terrorists who cared more for the monkeys than the blind, and were willing to terrify a family of law abiding citizens to get their way.  Based on my research for A Rat, is a Pig, is a Dog, is a Boy, I know some of the details of what he experienced, and there is no question in my mind that Ringach had abundant reason to fear for the safety of his family.

After years of silence, Ringach is now speaking out, urging society to defend animal researchers.  Why?  For the most important of reasons.  From an interview in Nature News:

After being quiet for so long, what made you speak up?

What’s changed is I think we’re getting awfully close to the situation where somebody may be killed. There is a general trend toward polarization in our society, from the debates on health care to abortion; we had an abortion doctor killed not too long ago. I think all these events are catalysing the possibility that a scientist might be killed. The situation has changed a lot since my decision. At the time, it was me and a handful of investigators facing these groups alone. Things have changed, and universities such as UCLA are doing more to make sure these investigators are safe.

The take-home message from my own personal experience is: don’t leave people alone to confront these issues. They need the support of their institutions and their colleagues. I hope that nobody else will have to face this decision. That’s why I have decided to speak up. I thought I had to start speaking up in the hope that first, these attacks will stop, and second, that the public will understand we are open to dialogue but we can only do so in an environment where we know that we will not be attacked when we go back home.

Murder is the Rubicon, and some, like Jerry Vlasak, have all but called for it.  Steven Best declares that animal rightists are at war with animal industries.  PETA winks, and in the past, some of its leaders have had more than a passing acquaintance with animal rights criminals. Ringach has every reason to be worried that the river will be crossed. I am, too.
0
Print
Email
Prev Article
Next Article