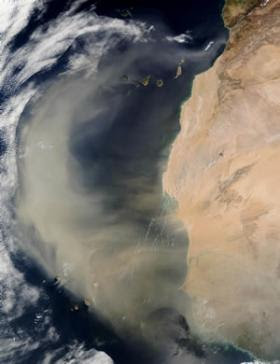 My thesis, which has yet to be effectively rebutted, is that Big Biotech and the Bioethics Establishment want zero meaningful ethical parameters to be placed permanently around its stem cell/cloning/genetic engineering enterprise.  I was in a debate last week at Biola University against bioethicist Gregory Stock, for example, during which I repeatedly pressed him on this point and received no definitive answer beyond the need to “monitor” events. Ditto during the television panel discussion in Chicago after the airing of Lines That Divide a few weeks ago.

The existing enforceable restraints are few and far between and generally either involve things that cannot yet be done (e.g., reproductive cloning), or which are politically necessary to keep a wary public from insisting that firm lines be drawn (e.g., egg buying for cloning).  But like the Sahara expanding day-by-day, so too the advancement of “the scientists’” ethical imperialism. Thus, New York recently legalized egg buying for biotechnological research.  And now, the California Institute for Regenerative Medicine is moving its ethical limits toward purchasing human “products” for its use in research.  From the California Stem Cell Report:

As part of its effort to achieve consistency with national standards, the California stem cell agency is moving towards allowing the use by CIRMStandards Working Group last week approved the move although specific language is yet to be worked out. Bernie Lo, co-chairman of the group and director of the medical ethics program at UC San Francisco, said the language would be narrowly focused. Jesse Reynolds of the Center for Genetics and Society of Berkeley, Ca., said he was “encouraged” by the CIRM direction. Earlier, the group had expressed Prop. 71 ban on compensation for egg donors.in the Prop. 71 ban on compensation for egg donors.

Encouragement is the wrong response.  This is merely a preliminary step that will lead to egg buying. Here’s the thing: The CIRM wants to fund cloning, cloning, cloning. Cloning is currently stymied by a lack of eggs, eggs, eggs.  Using fertilized embryos—note, these are not necessarily “leftovers”—that involved purchase sets the principle that the CIRM can buy human products.  After that, it is just a matter of when it becomes politically expedient to take that next step (probably when human SCNT is finally successfully accomplished).
0
Print
Email
Prev Article
Next Article