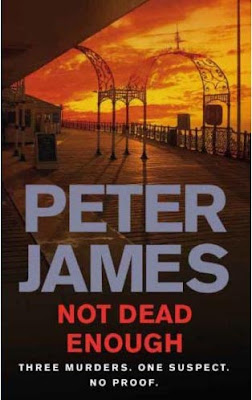 Nature is one of the top science journals in the world.  What is published within its pages matter.  And now, it has editorialized to loosen standards of declaring brain death so that more organs can be harvested.  From the editorial:

The law seems admirably straightforward: “An individual who has sustained either (1) irreversible cessation of circulatory and respiratory functions, or (2) irreversible cessation of all functions of the entire brain, including the brain stem, is dead.” In practice, unfortunately, physicians know that when they declare that someone on life support is dead, they are usually obeying the spirit, but not the letter, of this law. And many are feeling increasingly uncomfortable about it.

Then, they should stop doing it!  Cutting corners is a profound betrayal of the living patient falsely declared dead, of the organ transplant system because it destroys public trust, and of medicine as a whole because it turns doctors from healers into death causers.

Alas, Nature’s answer—in keeping with the spirit of the age—isn’t  to rein in abuse, but expand and liberalize death declarations so that some living patients will be falsely declared dead:

Ideally, the law should be changed to describe more accurately and honestly the way that death is determined in clinical practice. Most doctors have hesitated to say so too loudly, lest they be caricatured in public as greedy harvesters eager to strip living patients of their organs. But their public silence was broken on 24 September at an international meeting that included physicians, transplant surgeons and bioethicists at the Italian Festival of Health in Viareggio. The meeting concluded that lawmakers in the United States and elsewhere should reconsider rigid definitions of death, and called for a wider public debate.

I am sorry, but dead “for all intents and purposes,” isn’t dead: The people won’t stand for it no matter what “the experts” say. And get this relativism:

Few things are as sensitive as death. But concerns about the legal details of declaring death in someone who will never again be the person he or she was should be weighed against the value of giving a full and healthy life to someone who will die without a transplant.

That is the classical road of good intentions that leads to very dark places.  Organ transplant medicine is too important to allow relativism and utilitarianism in the door. I mean, there aren’t even unified standards or training required in the US today, and they want to change the standards?!  This agenda must be resisted at all resolve—most of all because it is right to resist—but if that isn’t enough, because loosen the definitions and no one will want to be donors.
0
Print
Email
Prev Article
Next Article