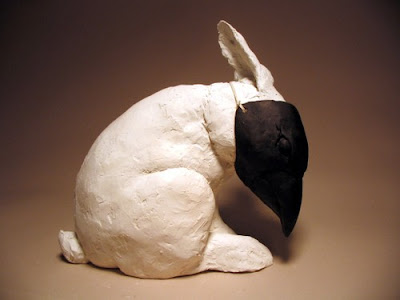 This was oh, so predictable: Once the UK head prosecutor decriminalized relatives assisting the suicides of their suffering loved ones, you knew the activists would sense the weakness of resolve and demand more.  And sure enough, within a day, an old time euthanasia ideologue named Dr. Michael Irwin vowed to become a “martyr” toward the cause of full legalization. From the story:

New rules on assisted suicide are to face a test case within weeks from a doctor prepared to become a “martyr”, the Standard can reveal. Euthanasia campaigner Dr Michael Irwin said he “wanted his day in court” to challenge new guidelines on whether to prosecute people involved in assisting suicides.

The former GP wants full legalization of assisted suicide in the UK - something which will remain illegal. He admits helping to take terminally ill Raymond Cutkelvin to a suicide clinic in Switzerland and paying for his death. Dr Irwin and Mr Cutkelvin’s partner, Alan Cutkelvin-Rees, 56, from Hackney, were questioned by detectives and are on police bail. They are expected to be the first cases decided under rules being announced on Wednesday by Keir Starmer, the Director of Public Prosecutions...Dr Irwin believes the £1,500 he spent to fund Mr Cutkelvin’s trip to the Dignitas clinic in Zurich means police and prosecutors will decide he had “encouraged” the suicide.

Ah, but Dr. Irwin may be disappointed. The prosecutor’s actions showed he has no stomach to stop assisted suicides of the ill and disabled. So, don’t expect a vigorous prosecution of Irwin.  Or, if there is a weak prosecution, what are the chances a jury will convict when they know that similar cases  will not be prosecuted when the assister was a family member or friend?  (Moreover, in this case, it was the partner of the deceased who conspired with Irwin, so how prosecute Irwin and not him?)

If I am right, Irwin will next act more blatantly, say, by doing it at home instead of in Switzerland where act is legal and thus, muddies the water.  And we will see the beginning of a Kevorkian spectacle, leading to the prosecutor caving further and basically agreeing not to enforce the law.  (Recall, Kevorkian was given a green light for assisted suicide by the Oakland County public prosecutor.  It was only when Kevorkian videoed himself actively euthanizing Thomas Youk—and then ran breathlessly to 60 Minutes for it to be shown on national television—that he took the step too far.  Not sure whether that would be too far in the UK.)

Remember, the culture of death intends to countenance no limits. Open the door to the vampire like the UK has done, and the entire household will eventually find its life’s blood drained.
0
Print
Email
Prev Article
Next Article