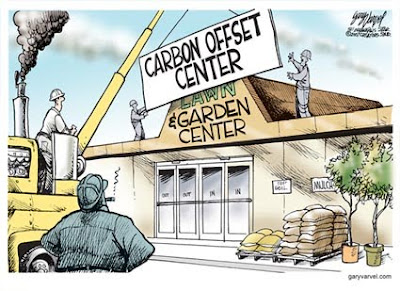 The drive to “stop” global warming—relabeled climate change—does not depend on facts on the ground.  Yes, the earth has warmed in the last one hundred years and there is evidence that some or all of it may be due to human activities.  But it is by no means a sure thing. There is also evidence that the warming trend has stopped, for example, a slight cooling trend in the last decade, and that the sun’s cycles have more to do with climate warming and cooling than anything we are capable of doing

But none of that matters.  One scientist, for example, has claimed that we started global warming as soon as we began to till the earth!  From the story:

What are we supposed to do, become hunter/gatherers?  No, just gatherers.

And here’s an apt punturing of the hysteria by George Will:

In this headline on a New York Times story about difficulties confronting people alarmed about global warming, note the word “plateau.” It dismisses the unpleasant — to some people — fact that global warming is maddeningly (to the same people) slow to vindicate their apocalyptic warnings about it...


In the fifth paragraph, a “few years” became “the next decade or so,” according to Mojib Latif, a German “prize-winning climate and ocean scientist” who campaigns constantly to promote policies combating global warming. Actually, Latif has said he anticipates “maybe even two” decades in which temperatures cool...The Times reported that “scientists” — all of them? — say the 11 years of temperature stability has “no bearing,” none, on long-term warming...

The Times says “a short-term trend gives ammunition to skeptics of climate change.” Actually, what makes skeptics skeptical is the accumulating evidence that theories predicting catastrophe from man-made climate change are impervious to evidence. The theories are unfalsifiable, at least in the “short run.” And the “short run” is defined as however many decades must pass until the evidence begins to fit the hypotheses.

Warnings about cataclysmic warming increase in stridency as evidence of warming becomes more elusive. A recent report from the United Nations Environment Program predicts an enormous 6.3 degrees Fahrenheit increase by the end of the century even if nations fulfill their most ambitious pledges concerning reduction of carbon emissions. The U.S. goal is an 80 percent reduction by 2050. But Steven Hayward of American Enterprise Institute says that would require reducing greenhouse gas emissions to the 1910 level. On a per-capita basis, it would mean emissions approximately equal to those in 1875.

The entire climate change agenda is as much about ideology and politics as it is about science.  My fear is that in their zeal, they will not only destroy the economies of the developed world, but cause tremendous harm to the currently impoverished by stifling their development. For example, the “slow food” movement, driven mostly by prosperous Yuppie-types in part to halt global warming by reducing “food miles,” intends to drive down food imports, including those from the world’s poorest countries.  I am all for local farmers’ markets, but slow food won’t do anything to stop warming, and indeed, is not capable of feeding billions of mouths.  But if taken beyond a lifestyle choice for the already prosperous, it could work to prolong abject poverty around the world.  Where’s the wisdom in that?
0
Print
Email
Prev Article
Next Article