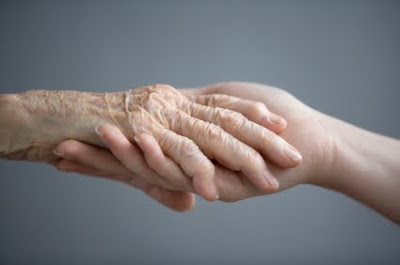 I have been warning for nearly ten years that the Medical and Bioethics Intelligentsia were committed to imposing futile care theory on the most weak and vulnerable patients.  Lately, we have been discussing the pronounced threat of health care rationing under Obamacare.  Today, I noticed two new studies in the New England Journal of Medicine that could be abused by health care rationing and medical futility advocates to justify policies that prevent certain patients from receiving wanted life-extending treatment.

One deals with late stage dementia as a terminal illness, and the other with providing kidney dialysis for the frail elderly. Both suggest that a better way to go for the wellbeing of the patient may be to switch from life-extending treatment for these patients to a hospice-style palliative care approach. From the story:

A surprising number of frail, elderly Americans in nursing homes are suffering from futile care at the end of their lives, two new federally funded studies reveal. One found that putting nursing home residents with failing kidneys on dialysis didn’t improve their quality of life and may even push them into further decline. The other showed many with advanced dementia will die within six months and perhaps should have hospice care instead of aggressive treatment. Medical experts say the new research emphasizes the need for doctors, caregivers and families to consider making the feeble elderly who are near death comfortable rather than treating them as if a cure were possible — more like the palliative care given to terminally ill cancer patients.

The palliative option should always be an option for patients nearing the end of their lives.  But the final decision should ultimately be that of  the patient/ family/surrogate—(assuming a patient is not forced off food and fluids based on quality of life judgmentalism).  There comes a time when nature should be allowed to take its course and people have the right to refuse unwanted interventions. They, have the right—not bureaucrats or bioethicists.

But: If these and other studies are used by cost/benefit/best practices bureaucrats to coerce decisions or require that these patients not be maintained, that is a different matter altogether.  It is the difference between a patient treated as an individual, and a patient treated as the member of a category, the latter 0f which profoundly endangers the elderly and people with disabilities—as the as recent horror stories out of the UK about the Liverpool Care Pathway vividly illustrate.  And I fear, based on the italicized language above, that forcing patients off of wanted treatment is precisely how the Obamacare bureaucrats would use studies such as these.  Indeed, the noxious notion that if there is no cure, there is no point to maintaining lives, is growing among the usual suspects.  Indeed, there is an attempt within these circles to deny that life itself is  a benefit—even when those most affected want it to continue—that, hence, the time comes when we can put a patient out of society’s misery.

This is not to say, of course, that these studies should not be done.  Assuming they don’t have secret agendas, they should be conducted and discussed to help professionals know likely outcomes when discussing options with patients and families. But they should not be abused to create policies that take away treatment options and victimize the most weak and marginalized among us.
0
Print
Email
Prev Article
Next Article