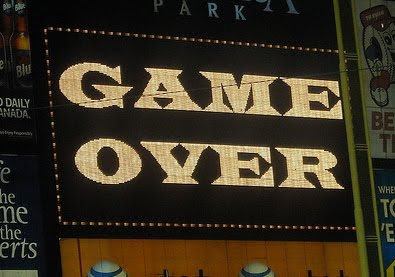 This is what will happen if we permit government cost/benefit boards to decide on what treatments—and patients—are worth spending money on—and which aren’t.  The Province of Ontario, Canada, has limited life extending treatment for terminal colon cancer patients to save $9 million. From the story:

Opponents of the public option maintain that Canadian-style health care would entail rationing, caps on care, bureaucratic interference in medical decision-making and even “death panels” deciding when the ill become too expensive to save. Most Canadians believe this is a gross exaggeration of reality. But then how to characterize Ontario’s decision to cut off funding for colorectal cancer patients taking a life-prolonging drug, in order to save $9-million a year?

Andre Marin, the province’s plain-speaking ombudsman, said the decision “verges on cruelty.” Marin said the “arbitrary” limit on the number of cycles of the drug Avastin that Ontario will fund forces patients to pay out of their own pockets or abandon treatment. Avastin does not cure cancer, but prolongs life when taken in conjunction with chemotherapy treatment, adding, on average, nine months of survival. “For patients whose cancer has already metastasized, it stops their tumours from growing and prolongs their lives, at least for a while. It is, without exaggeration, their lifeline,” Mr. Marin said.

Ontario Health Minister David Caplan rejected the suggestion that the cap on treatment was a financial decision alone, arguing it was based on clinical evidence. But it’s easy to reach the conclusion that the province decided nine extra months of life for a dying patient wasn’t worth the money. Which is pretty much the kind of decision a “death panel” would be confronted with.

This is precisely the “evidence based” kind of decision making, linked with quality of life judgmentalism, that Obamacare would impose to cut costs.  And, it is precisely what Oregon did to Barbara Wagner and Randy Stroup under its rationed Medicaid system—with the exception that a compassionate bureaucrat offered to pay for their assisted suicides.

Death panel?  You be the judge.
0
Print
Email
Prev Article
Next Article