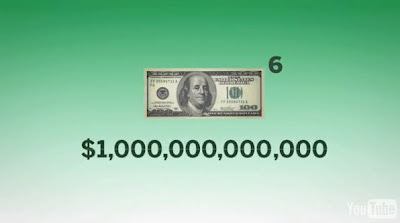 House Speaker Nancy Pelosi said that the House version of Obamacare would come in under $900 billion over ten years. I said, bunk. First, the expenses will only be for seven years since it wouldn’t start until 2013.  Moreover, said I, the thing had to be smoke and mirrors and gimmicks.  No surprise, I was right.  Take out the gimmicks and budget games, and it is over a trillion. From the story:

Health care legislation taking shape in the House carries a price tag of at least $1 trillion over a decade, significantly higher than the target President Barack Obama has set, congressional officials said Friday as they struggled to finish work on the measure for a vote early next month.

Democrats have touted an unreleased Congressional Budget Office estimate of $871 billion in recent days, a total that numerous officials acknowledge understates the bill’s true cost by $150 billion or more. That figure excludes several items designed to improve benefits for Medicare and Medicaid recipients and providers, as well as public health programs and more, they added. The officials who disclosed the details did so on condition of anonymity, saying they were not authorized to discuss them publicly

That’s a lot of zeros anyway you count it and a sure way to break what’s left of our shaky solvency.  And aren’t you just sick of the mendacity?
0
Print
Email
Prev Article
Next Article