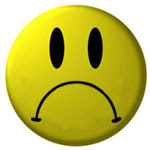 Some of my critics claim that I am wrong to tie what happens in the UK to Obamacare.  They are wrong.  Obamacare envisions instituting centralized cost/benefit/best practices boards that would set the standards of care, what is covered and what not, and eventually who is covered and who not.

The UK’s National Institute for Health and Clinical Excellence—the Orwellian-named NICE—is the template promoted by Obamacare’s primary non government pusher, Former Senator Tom Daschle, called by the New York Times to be the most influential adviser to the POTUS and Congressional Democrats on health care reform.  Indeed, he has repeatedly stated we need an American version of NICE.

That means what NICE does matters to Americans.  And NICE has just refused to pay for chemotherapy for terminally ill breast cancer patients that would extend their lives two to four months.  From the story:

A drug which can give women with advanced breast cancer extra weeks or months of life has been turned down by a government watchdog body for use in the NHS. The National Institute for Health and Clinical Excellence (Nice) says it proposes to reject Tyverb (lapatinib) in spite of changes in the rules brought in specifically to allow people at the end of their lives to have the chance of new and often expensive treatments.

Tyverb is the only drug licensed for women with advanced breast cancer whose tumours test positive for a protein called HER2 and for whom Herceptin, a Nice-approved drug, is no longer working. In much of the rest of Europe, Tyverb is then given, in combination with a standard chemotherapy drug called capecitabine. Around 2,000 women in the UK could be eligible for the drug, which has the additional benefit of being taken in pill form, which means that women can stay at home and attempt to live normal lives. Nice turned down Tyverb earlier this year, saying it was too expensive for the benefit to patients it offered...

And don’t forget NICE also pushed the Liverpool Care Pathway, that may have brought back door euthanasia to the UK.  Similarly, we recently discussed a similar refusal of coverage in Ontario, Canada, for life-extending colon cancer chemotherapy.

This is our future if we pass Obamacare, unless we explicitly forbid by statute such rationing power to the cost control boards. But attempts to do so have all been turned down.  NICE isn’t nice, and it is an approach to health care that Americans should reject.
0
Print
Email
Prev Article
Next Article