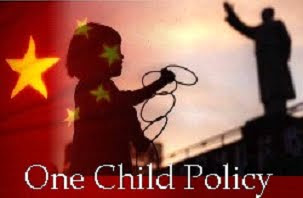 The one child policy in China has led to forced abortion, female infanticide, eugenics, awful heartbreak, and countless other oppressions. But in the world of radical environmentalism, that may be unfortunate—but it is also, apparently,  justifiable.  How else interpret this statement in the Observer by Alex Renton, which deals with the supposed need to control population to save the planet from carbon dioxide.  From the column “Fewer British Babies Would Mean a Fairer Planet:”

According to two recent polls, nine out of 10 scientists working in climate change don’t believe we will achieve the changes in energy use committed to by the G8 and the EU. If they are right, population is going to start to matter a lot. Don’t we need a fallback plan?

So the richer a country gets, the more pressing the need for it to curb its population. The only nation to have taken steps to do this is China – and the way it went about enforcing the notorious one child policy is one of the reasons the rest of us are so horrified by the notion of state intervention. Yet China now has 300-400 million fewer people. It was certainly the most successful governmental attempt to preserve the world’s resources so far.

It was evil!  It was accomplished through murder and utter tyranny.  Does that not matter anymore?

We’be been warned: Either start limiting our families to one child in the developed world—or else!

Some scientists, the German chancellor’s adviser, Hans Joachim Schellnhuber among them, say that if the cuts are not achieved, we will end up with a planet with a “carrying capacity” of just 1bn humans. [Me: What a crock.] If so, we need to start cutting back population now with methods that offer a humane choice – before it happens the hard way.

“The hard way?” as in how they did it in China? Or perhaps, worse?

Progressive liberalism used to be about freedom and equality. Increasingly it is about Utopian hysteria and undemocratic control.  Perhaps, there’s a spot for this guy among the Obama policy czars.
0
Print
Email
Prev Article
Next Article