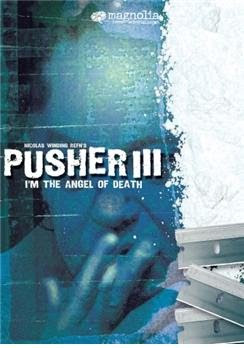 A nurse who went on the Internet to teach people how to commit suicide has lost his license.  From the story:

Using the online aliases “Li Dao” and “Falcon Girl,” a male nurse from southern Minnesota participated in international suicide chat rooms and presented himself as an expert in suicide techniques, according to documents compiled by the Minnesota Board of Nursing. At least two people using those chat rooms ultimately did commit suicide. In an order made public this week, the board said it has concluded a months-long investigation of the man’s behavior and revoked his nursing license.

But taking legal action against him is proving more difficult. The state Internet Crimes Against Children Task Force, based in St. Paul, initiated the investigation against William Melchert-Dinkel, 47, last year. After the task force notified the nursing board of the investigation, the board suspended his license in February and revoked it permanently in June. However, while the criminal investigation is still underway, no charges have been filed against him.

We have freedom of speech in this country—including vile and despicable death-pushing speech. Besides, suicide pushing is so now, Baby!  Why should Melchert-Dinkel be prosecuted when Derek Humphry makes money off of  Final Exit, his how-to-commit suicide opus, and shrugs that it is found next to the bodies of dead teenagers.  Jack Kevorkian gets $50,000 a speech and is being played in a puff piece biopic by Al Pacino—even though his goal in assisted suicide was a license to conduct human vivisection.

No, the nurse will be fine.  He’ll be celebrated in some quarters as a selfless promoter of “choice.”  Maybe even make the pages of People.
0
Print
Email
Prev Article
Next Article