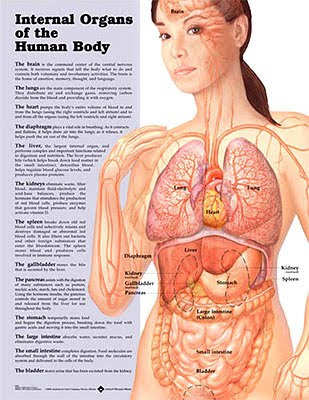 I reported the other day that Nature editorialized in favor of loosening the rules to allow living patients to be killed for their organs (more about which, soon). And now, we see more advocacy for lethal medicine in The Journal of Medical Ethics, an international publication.  From the article by Dr. F.G. Miller  (No link, here’s the abstract):

Revisiting the still-provocative essays of Jonas on brain death and organ donation helps in mapping present and future ethical and policy options. Four options seem most salient. First, we can follow the lead of Jonas by adopting a stance of deontological rectitude that abandons vital organ procurement from brain-dead, but still-living patients. This position is logically tidy and unassailable if its major premise is endorsed: (1) doctors must not kill patients; (2) brain-dead patients are alive; (3) procuring vital organs from brain-dead patients would cause their death; therefore, (4) this practice is wrong and must cease. However, the validity of the first premise is debatable; and if applied consistently, it would have drastic consequences. For not only would it put a stop to the life-saving practice of vital organ transplantation using the organs of brain-dead individuals; it also arguably would rule out the routine practice of deliberately stopping life-sustaining treatment, assuming the reasonable, but unorthodox, view that this practice involves causing death.

Amazing.  For years bioethicists have said removing unwanted life support isn’t killing. And they are right, since death comes from the underlying disease.  But now, it is because we want more organs?  This is surreal.

Here is what is going on: The very crowd—or better stated, their successors—who assured us that brain death was dead, are now saying it isn’t.  And the reason for both arguments is the same—to increase the supply of organs.  But if brain dead isn’t dead, the only ethical answer is to stop killing patients, not find new ones to terminate.

Miller goes through some other possible scenarios, for example, suggesting that people have a time limit on life support, which would permit killing for organs once their time was up:

A second position attempts to justify vital organ donation while maintaining (at least nominally) the dead donor rule by appealing to a distinction between the death of the human being and the death of the biological organism. According to this position, Jonas is right that the brain-dead patient is biologically alive; however, what matters ethically with respect to vital organ procurement is whether the human being has ceased to exist. In this ‘‘higher brain’’ position, the permanent loss of consciousness is regarded as the death of the human being. Once human life has ceased, stopping life-sustaining treatment is appropriate (or imperative), and there can be no ethical objection to extracting vital organs beforehand.

Like heck there can’t!  Miller then suggests a third possible approach:

A third position justifies vital organ donation while retaining the traditional cardiopulmonary criteria for determining death by biting the bullet of abandoning the dead donor rule. As suggested above, this position sees vital organ procurement from ‘‘brain-dead’’ but still-living patients as exposing them neither to harm nor violating their rights as long as it is connected with a previous plan to stop life-sustaining treatment and proper consent, both for stopping treatment and organ donation. Stopping life-sustaining treatment when justified is a legitimate act of causing the patient’s death; procuring vital organs before treatment withdrawal is justified on essentially the same ethical grounds of self-determination and nonmaleficence.

Miller also notes that we could keep the status quo, that brain dead patients are dead, for which he says there is “no plausible and coherent [philosphical] account.”

This blatant bait and switch tactic has been used in bioethics for decades to undermine the sanctity and equality of human life.  (We should only dehydrate those in PVS/But if the seemingly PVS aren’t really unconscious, all the more reason to dehydrate because they are suffering, etc.)

In the true bioethics tradition of proposing radical changes, but hedging to keep such advocacy from coming back to haunt, Miller then concludes with telling us what he really wants (in my italics):

Where do we go from here? We face an unsettled and unsettling situation characterised by the moral imperative to continue vital organ transplantation, the entrenched norm that doctors must not kill, and the increasingly transparent fiction that the brain dead are really dead. In at least the near future it is probable that we will continue to muddle through. In the longer run, the medical profession and society may, and should, be prepared to accept the reality and justifiability of lifeterminating acts in medicine in the context of stopping lifesustaining treatment and performing vital organ transplantation.

In other words, Miller thinks we will one day agree to kill for organs.  I disagree. Miller’s prescription will destroy what little public faith remains in the organ transplant sector.  That is why I intend to cast as bright a light on these articles as I can: It is the best way to prevent killing for organs ever from happening. since American people simply won’t stand for it. This, in turn, will help retain the necessary public support for organ transplant medicine.

Oh, and considering the ongoing debate how the weak and vulnerable would fare under Obamacere,  here’s an interesting tidbit: Miller is a bioethicist at the National Institutes of Health.
0
Print
Email
Prev Article
Next Article