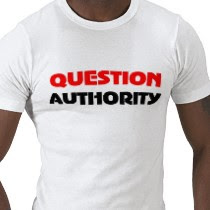 There is a significant constitutional question hanging over the entire Obamacare project: Is it constitutional to require citizens to buy health insurance?  This is no minor question, but Obamacare pushers have generally refused to engage.

The Administration has been asked about the matter for the second time, andnot only has it not asked the lawyers to check question out, but apparently, it has no intention of doing so. From the story:

White House Spokesman Robert Gibbs said today that he does not know if White House lawyers have reviewed whether it is constitutional for the federal government to order individuals to buy health insurance and said that the White House is not seriously considering the concerns of people such as Sen. Orrin Hatch (R.-Utah) who believe the mandate is not constitutionally justified.

This was the second time in two weeks that Gibbs had dismissed concerns that the Constitution does not give the federal government the power to force individuals to purchase items the government wants them to purchase....Gibbs was asked by a reporter on Monday: “Have White House lawyers looked at this issue? Has this been examined in any way?” Gibbs responded: “Not that I know of. I don’t think it has gotten to the point where anybody questions the legitimacy of it.”

Gibbs is just refusing to pay attention. A lot of people are bringing this question up, and our leaders are all punting.  Perhaps they don’t care whether it is constitutional or not.  Perhaps they worry that the bill exceeds the government’s power and want to keep that matter quiet until it passes.  Perhaps the idea that there could actually be constraints on the government’s power seems quaint to them.  But shouldn’t the constitutionality of mandatory purchase be addressed definitively before our representatives vote on the bill?
0
Print
Email
Prev Article
Next Article