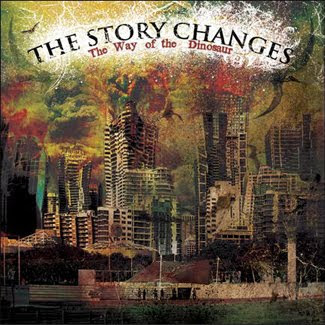 Funny, how things change—or perhaps better stated, how what the “experts” tell us may be influenced by the prevailing political winds among the intelligentsia and elites—loyally touted by the on-board media.  Today, the big deal is cost cutting. And so what do the new studies suddenly tell us? We have a problem with “over diagnosis.”  From the story—and get this title—“What Could Cancer Screening Hurt? A Lot Actually:”

Though screening certainly saves lives, recent studies make it clear that it also leads to biopsies, surgeries, chemotherapy and radiation — even some deaths — that otherwise would not have occurred.

Notice how the “saves lives” part is mentioned in such an understated fashion. When the Establishment’s desired message was for us all to get screened, the media stories were all about LIVES SAVED!!!  Now, because the  message is to lower our expectations about the level of care we can receive under universal coverage, that part is quickly rushed by, so the focus can be on FALSE POSITIVES—and somehow we’re the idiots for having believed their salesmanship in the first place:

The message that we’re over-screening for cancer isn’t necessarily a welcome one to the American public either. A whopping 87% of U.S. adults believe that routine screening is “almost always a good idea,” and 74% believe early detection saves lives “most or all of the time,” according to a 2004 survey in the Journal of the American Medical Assn. Most said they’d continue to get their screening tests even if their doctors advised against it...Part of the outcry stems from the fact that so many people know someone who was diagnosed with breast cancer in her 40s and appeared to respond to early treatment.

Also complicating matters is that it’s easy to identify cancer survivors whose tumors were caught by screening, but it’s nearly impossible to put a face on the woman or man who is hurt by over-screening.

But what is the nature of “hurt” caused by over-screening?

But finding cancers that respond to early treatment is only one of the potential outcomes from a screening test. Many tests produce false positives, prompting additional tests that can be invasive, expensive, time-consuming and anxiety-inducing. A study published this spring in Annals of Family Medicine found that 60% of men and 49% of women had gotten at least one false positive during three years of routine screenings for ovarian, prostate, lung and colorectal cancer. As a result, 22% of those women and 29% of those men had an invasive diagnostic procedure, the study found.

So? Nobody expects these things to be perfect. But if you have to balance a serious cancer going undetected for a year or two because you weren’t screened, versus having been induced into “anxiety” or having a biopsy (an invasive procedure), or even unnecessary surgery, which would you choose?

And this is the worst of it. We could be seeing the beginnings of a meme that doctors should not treat some early cancers at all:

And some identify small cancers that grow so slowly they’d never compromise a patient’s health. Many would even go away on their own. Statisticians and epidemiologists know this for a fact. The problem is, there’s no way to tell which of the tumors are dangerous and need to be treated and which are harmless and would be best left alone. So all of them get treated, often aggressively. The medical establishment calls this overdiagnosis.

“Overdiagnosis is the hardest thing to explain to people,” said Dr. Stephen Taplin, chief of the Applied Cancer Screening Research Branch at the National Cancer Institute in Washington, D.C. “No individual woman can know if they’re overdiagnosed. They know they have cancer, and they’re scared to death. It’s completely justified. But if you look at people overall,” he added, “there are some people who suffered that scare unnecessarily. If they had never known about that cancer, it wouldn’t have affected their life.”

As someone whose father died because the doctors at the Veteran’s Administration failed to do proper screening tests even after he exhibited symptoms, I know to the marrow of my bones how cancer caught too late affects lives.

I am not against adjusting general guidelines to reflect empirical data, but this new thrust seems to be far more than that.  Perhaps I am too cynical—how can one not be these days?—but it seem to me that the ground is being prepared to convince us that we are better off receiving lower levels of care.
0
Print
Email
Prev Article
Next Article