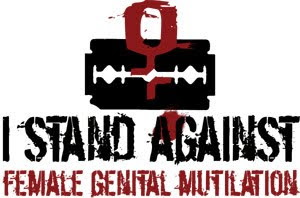 It is unthinkable that in a free country like the UK, that girls are subjected to genital mutilation. From the story:

Hundreds of British schoolgirls are facing the terrifying prospect of female genital mutilation (FGM) over the Christmas holidays as experts warn the practice continues to flourish across the country. Parents typically take their daughters back to their country of origin for FGM during school holidays, but The Independent on Sunday has been told that “cutters” are being flown to the UK to carry out the mutilation at “parties” involving up to 20 girls to save money. The police face growing criticism for failing to prosecute a single person for carrying out FGM in 25 years; new legislation from 2003 which prohibits taking a girl overseas for FGM has also failed to secure a conviction.

Experts say the lack of convictions, combined with the Government’s failure to invest enough money in education and prevention strategies, mean the practice continues to thrive.

This is abuse of the worst sort.  The purpose is to prevent healthy and normal female sexual response. Forcing girls to undergo “cutting’ is akin to slavery, and hence, as I have written here before, it is an issue of human exceptionalism of the most profound import.

Some excuse the practice—at least as far as the parents are concerned—as ignorant people just wanting what is best for their children.  I say balderdash, and besides, it is irrelevant.  If you live in the West, you accommodate yourselves to certain Western values that cannot be compromised.  Therefore, all involved in the conspiracy to damage girls should face charges.

If UK law enforcement doesn’t act vigorously to stop this—and arrest and punish those involved for child abuse—it will  have sacrificed its great heritage of liberty and equality on the altar of multiculturalism and political correctness.
0
Print
Email
Prev Article
Next Article