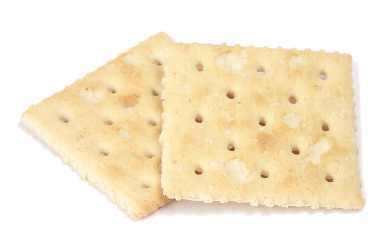 I have been pondering our sharp political and cultural divides recently, and it has become depressingly clear to me that true “debate” has become nearly impossible on many issues.  I first brought this up publicly in my debate with Gregory Stock on genetic engineering of embryos.  In my opening statement, I told the audience that a debate requires a common frame of reference, a core agreement about ultimate values—with the conflict about how to achieve an agreed upon goal. The exchange that followed proved my point.

But today, we often don’t share such a commonality of vision.  Rather, we have an increasingly split society, with some of us basing our lives and political views on one world view, and others of us another. I have called this the coup de culture, in which Judeo/Christian moral philosphy (which is different from religious faith), the once generally accepted value system of the West is being supplanted by a (roughly) utilitarian/hedonistic (not in the sensual sense)/scientism-radical environmentalism view of life. That not only makes debate almost impossible—all we can do is assert the perceived benefits and consequences of different world views—but it affects how we perceive public personalities and their work.

I bring this up because Vanity Fair is touting Al Gore as a poet of doom.  From the story:

Now, with the publication of his new book, Our Choice, Gore has unveiled a fresh and most unexpected talent: the book’s opening chapter of concludes with a poem he wrote—21 lines of verse that are equal parts beautiful, evocative, and disturbing.

Here is how the poem begins:

Snow glides from the mountain/Ice fathers floods for a season/A hard rain comes quickly/Then dirt is parched/Kindling is placed in the forest/For the lightning’s celebration...

The VF writer thinks it is “a surprisingly accomplished and nuanced piece of writing” and concludes:

Is Gore himself that shepherd? No matter. What counts is that the hour of choosing has indeed arrived and, as documented in Our Choice, we do have the tools to survive—if we choose to employ them.

Now I think Gore, the poem, and the global warming hysteria are all just crackers, both on the micro and macro levels.  How can we see it all so differently? It has to be the coup de culture, the consequence of different visions caused by different world views.  Because every time I look at and hear Al Gore, I think of he’s crackers—now very rich from his advocacy and adoption by the Hollywood Left and Google Crowd—but utterly crackers.
0
Print
Email
Prev Article
Next Article