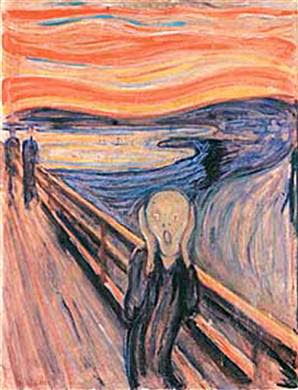 The hysteria gets deeper and more, well, hysterical.  Now, we are told, even if there is a deal at Copenhagen, we’re all still doomed!  Aaaaaugh!  From the story:

A leaked UN document emerged that shows the current proposals for a deal at Copenhagen will ‘put at risk the very viability of our civilisation on Earth’. The document is an internal briefing paper drawn up by the UN Framework Committee on Climate Change that is in charge of the talks. It says that even the most ambitious emission reduction targets currently offered by developed and developing countries, including the EU and US, would set the world on course for warming of around 5.4F (3C). This could cause a rise in sea levels, droughts, floods and mass extinction of species.

Kumi Naidoo, the executive director of Greenpeace International, said the document is a “smoking gun” that puts pressure on world leaders to increase targets on cutting greenhouse gas emissions. “This is the single most important piece of paper in the world today. It shows in stark terms that the climate deal on the table in Copenhagen would put at risk the very viability of our civilisation on Earth. A three degree rise in temperatures means devastation for Africa and the possible collapse of the eco-systems that billions of humans rely on,” he said.

Get. A. Grip. What will really destroy civilization is dismantling our economic and energy infrastructures upon which more than 6 billion people in the world depend. But of course, many of these hysterics want our numbers to be to one billion, so they probably wouldn’t mind. That bit of sarcasm aside, upping the hysteria is not going to get a climate deal. Indeed, I think this kind of craziness is one reason why the people have ceased believing.
0
Print
Email
Prev Article
Next Article