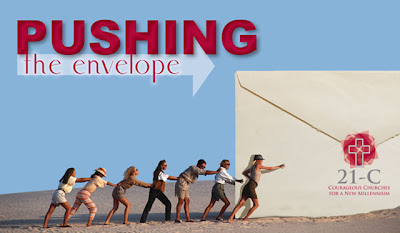 As I have often warned, the next big agenda item in organ transplant medicine is gaining license for transplant surgeons to kill the cognitively devastated and imminently dying patients for their organs.   Such a policy is pushed from two different angles, both of which try to convince us that killing for organs would really be a case of no harm, no foul.  First, they argue that  if one is only “biologically alive,” e.g., in persistent vegetative state, the rational part that makes them human is gone,—and so it is perfectly proper to treat as if they were dead.  The second main argument is that death is a process, and since we cannot know the exact moment when life actually ceases, we do no harm in allowing surgeons to hasten the time in cases where a patient is thought to be actively dying.

A physician named Darshak Sanghavi pushes the second argument in today’s piece in the Times Magazine. Ostensibly, the article is about Donation After Cardiac Death (DCD), that is patients who are allowed to go into cardiac arrest in an operating room after the removal of life support, and after five minutes without heart beat or respiration declared dead.  (We have also discussed this often at SHS.) Then, the organ procurement team takes over the patient’s care and removes the organs.

Unwisely, Sanghavi creates a strong subtext, arguing that surgeons should just be able to take the organs without waiting the five minutes, indeed, before the heart even stops.  From the article:

If people with no hope for meaningful recovery can be kept alive artificially, shouldn’t they also be permitted to die artificially?

Let’s examine this: People who die after removal of life support die naturally of their injury or illness. Thus, the writer seems to be advocating that people kept alive “artificially” via medical means such as a respirator, should also be allowed to have their live ended “artificially,” by organ removal.

My suspicion about this was heightened when Sanghavi claimed that people harvested after five minutes of no heart beat may not really be dead:

There were two crucial conditions. First, families could not be pressured to stop life support; they had to come to the decision on their own, in consultation with their relative’s doctor. No member of the organ-procurement team could participate in the family’s decision or declare death. Second, “irreversible cessation” of cardiac function meant that at least five minutes had to pass without a heartbeat. That interval was arbitrary — the panel of experts made no reference to supporting research — and they admitted that “this recommendation is only an expert judgment.”

Shanghavi more than hints that these patients aren’t really dead because their organs remain viable.  But cellular life isn’t integrated bodily life.  Before the cessation of circulation, the body is functioning as an integrated body.  Afterward, it isn’t functioning as a body at all.  If the body isn’t functioning as a body, and without intervention such cessation is irreversible, then the patient is dead.  This is true even if the kidneys cells remain viable. The same is true of the liver.  If blood will never again circulate through it, the liver ceases its function of filtering the blood for the now dead body.  The fact that cells have not died does not mean the patient himself is alive.

Adding to my concern, Shanghavi supports a Denver hospital’s protocol that permits organ harvesting of infants only one minute after cardiac arrest. He also seems to promote relativism in determining when death has occurred:

Moving past a binary concept of life and death is, for most of us, an uncomfortable process. It’s worth considering how various cultures think about the beginning of life. Tibetan monks believe a new life begins around the time of a mating couple’s orgasm; many Catholics posit that it starts at the union of an egg and sperm; Roe v. Wade effectively established a legal threshold of life at 24 weeks of fetal gestation; some consider meaningful life to begin at birth; the Navajo think a baby is fully human when it laughs for the first time. If the emergence of life occurs on a continuum, perhaps the same is true of life’s recession.

Roe established no such thing, but that issue and when Tibetan monks believe a new life begins, are beside the point. Death is a biological determination. If it becomes a sociological construct, then there is no way to maintain trust in the organ transplant system. Indeed, Shanghavi reports how supposedly brain dead babies often don’t receive all the tests necessary to make a proper determination of death by neurological criteria.  The answer to that is to set uniform standards and enforce them, not loosening the definition of death.  Indeed, if we have abuses with determining brain death, imagine the abuses that could come from turning surgeons into killers.
0
Print
Email
Prev Article
Next Article