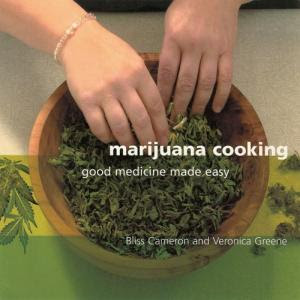 The medical marijuana movement is being increasingly corrupted to the point that pot is being made generally available, with people using it to get high scurrilously coopting the real health needs of sick people as the pretext for gaining access to their drug.  Now, marijuana-laced food is to be obtainable at restaurants.  From the breathlessly reported story:

In Denver, a new medical-marijuana shop called Ganja Gourmet serves cannabis-infused specialties such as pizza, hummus and lasagna. Across town in the Mile-High City, a Caribbean restaurant plans to offer classes on how to make multi-course meals with pot in every dish. And in Southern California, a low-budget TV show called “Cannabis Planet” has won fans with a cooking segment showing viewers how to use weed in teriyaki chicken, shrimp capellini and steak sandwiches.

The evolution of pot cooking was perhaps inevitable given the explosion of medical marijuana around the country in recent years. Many health-conscious patients would rather eat the drug than smoke it. And they would prefer to eat something other than sugary treats...”The food is really good,” said Jamie Hillyer, a 41-year-old medical marijuana patient who paid $12 for a serving of vegetable LaGanja. Hillyer said that he can’t taste the weed in the food and that it gives him a “more mellow” buzz than smoking pot...Denver’s 8 Rivers Modern Caribbean restaurant does not serve pot-infused food, but its husband-and-wife owners, Scott Durran and Wanda James, plan to offer cooking-with-marijuana classes starting next month. They also own a medical marijuana dispensary, which they hope will eventually offer take-home soups and roasted chicken.

I’ve heard of a chicken in every pot, but now we have pot in every chicken! If anyone thinks only bona fide medical marijuana patients will get this food, I have a bridge in the San Francisco Bay to sell them.

Notice this kind of thing seems to have risen once President Obama took federal police action against “medical” marijuana dispensaries off the table in states where it is legal.  That’s what happens when a law enforcement official—which is one of the POTUS’s jobs—violates his or her oath of office.

The time has long since past, as I have repeatedly written, to take marijuana off of Schedule 1 of the Controlled Substances Act.  That would permit testing and proper prescribing, the use of precise medicinal delivery systems, such as sprays, and proper pharmacy—rather than restaurant—distribution.  But as long as our cowardly leaders refuse to legislate law rationally, we shouldn’t be surprised that their mass dereliction of duty opens the spigot of anarchy.
0
Print
Email
Prev Article
Next Article