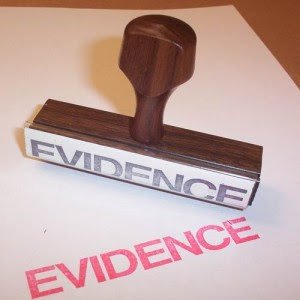 Don’t let the headline fool you: I am not against evidence based medicine when it is used as a guide for doctors to provide optimal individualized care.  But I am against using EBM as a method of establishing categories for health care rationing—whether of “what” or “who”—as I believe we are destined for under Obamacare.  One reason is that—like global warming computer models—it all depends on what evidence is included or excluded in creating the studies. That means the evidence could well be cooked.

This point was acknowledge in the New York Times, of all places, in a recent article on end of life care.  From the story:

The Ronald Reagan U.C.L.A. Medical Center, one of the nation’s most highly regarded academic hospitals, has earned a reputation as a place where doctors will go to virtually any length and expense to try to save a patient’s life. “If you come into this hospital, we’re not going to let you die,” said Dr. David T. Feinberg, the hospital system’s chief executive. Yet that ethos has made the medical center a prime target for critics in the Obama administration and elsewhere who talk about how much money the nation wastes on needless tests and futile procedures. They like to note that U.C.L.A. is perennially near the top of widely cited data, compiled by researchers at Dartmouth, ranking medical centers that spend the most on end-of-life care but seem to have no better results than hospitals spending much less.

Listening to the critics, Dr. J. Thomas Rosenthal, the chief medical officer of the U.C.L.A. Health System, says his hospital has started re-examining its high-intensity approach to medicine. But the more U.C.L.A.’s doctors study the issue, the more they recognize a difficult truth: It can be hard, sometimes impossible, to know which critically ill patients will benefit and which will not. That distinction tends to get lost in the Dartmouth end-of-life analysis, which considers only the costs of treating patients who have died. Remarkably, it pays no attention to the ones who survive.

Perhaps not so remarkable. I don’t know if it is true in this case, but the scientific study has become a method of ideological advocacy, and in such reports, the deck gets stacked.  In other words, sometimes the authors of such studies know what they don’t want to know because they have a result in mind rather than dispassionate analysis.

The Times gives an example:

Take the case of Salah Putrus, who at age 71 had a long history of heart failure. After repeated visits to his local hospital near Burbank, Calif., Mr. Putrus was referred to U.C.L.A. this year to be evaluated for a heart transplant. Some other medical centers might have considered Mr. Putrus too old for the surgery. But U.C.L.A.’s attitude was “let’s see what we can do for him,” said his physician there, Dr. Tamara Horwich. Indeed, Mr. Putrus recalled, Dr. Horwich and her colleagues “did every test.” They changed his medicines to reduce the amount of water he was retaining. They even removed some teeth that could be a potential source of infection. His condition improved so much that more than six months later, Mr. Putrus has remained out of the hospital and is no longer considered in active need of a transplant. Because Dartmouth’s analysis focuses solely on patients who have died, a case like Mr. Putrus’s would not show up in its data. That is why critics say Dartmouth’s approach takes an overly pessimistic view of medicine: if you consider only the patients who die, there is really no way to know whether it makes sense to spend more on one case than another.

And here’s where Obamacare comes in:

Under the House health care legislation pending in Congress, the Institute of Medicine would conduct a study of the regional variations in Medicare spending to try to determine how to reward hospitals like Mayo for providing more cost-effective care. Hospitals identified as high-cost centers might even be penalized, perhaps receiving lower payments from the government...That prospect worries Dr. Rosenthal and his U.C.L.A. colleagues, who say that unless the distinction can be clearly drawn between excellence and excess in medical care, efforts to cut wasteful spending could be little more than blunt rationing. “There’s a real risk of doing harm here — real harm,” he said.

This is a very good article, illustrating that the outcome of “studies” depends on its design, and indeed, they may mislead more than they edify.  That point aside, this is a prime example of why it would be wrong to begin treating patients as members of a category instead of as an individual.  Statistics provide general guidance. But they are no substitute for personalized care.
0
Print
Email
Prev Article
Next Article