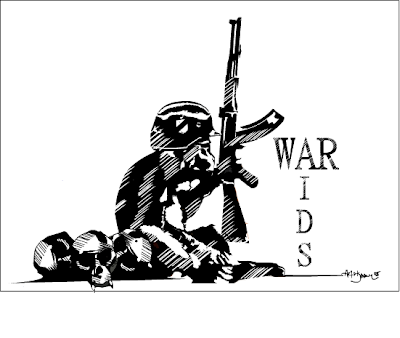 Uganda is apparently contemplating imposing the death penalty on gay people with HIV.  Astonishing and brutally wrong, the imposition of a culture of death in that it uses killing as an acceptable answer to an issue of human suffering. From the story:

The Ugandan legislation in its current form would mandate a death sentence for active homosexuals living with HIV or in cases of same-sex rape. “Serial offenders” also could face capital punishment, but the legislation does not define the term. Anyone convicted of a homosexual act faces life imprisonment. Anyone who “aids, abets, counsels or procures another to engage of acts of homosexuality” faces seven years in prison if convicted. Landlords who rent rooms or homes to homosexuals also could get seven years and anyone with “religious, political, economic or social authority” who fails to report anyone violating the act faces three years.

This blog does not deal with cultural issues such as gay marriage or public policy around what are sometimes called family values. But this gets into the heart of human exceptionalism, the unique value of human life. AIDS should not be used as an excuse for imposing such a profoundly inhumane public policy.  To paraphrase a soundbite I have sometimes used in fighting euthanasia, people with AIDS need caring, not execution.

(Yes, I also oppose the proposed prison sentences for same sex activities, but don’t want to get into a discussion of homosexuality. )
0
Print
Email
Prev Article
Next Article