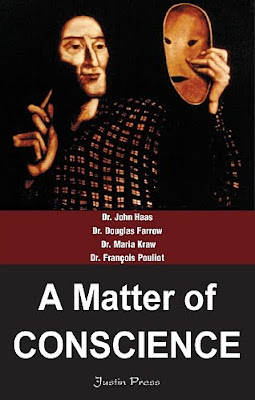 When I get around to writing about the top ten controversies in bioethics that I see coming in this decade, near the top will be the struggle to enact conscience clauses to protect the careers of physicians, nurses, and other health care professionals who still take the Hippocratic Oath and its human exceptionalist values seriously.  The other day, Massachusetts Attorney General Martha Coakley illustrated why such protections are, I believe, necessary.  From the story:

How can a Massachusetts Senate candidate possibly offend  39 percent of voters in her state? If it’s Democrat Attorney General Martha Coakley, she would tell devout Catholics not to bother working in an emergency room (H/T Jim Hoft - Big Government). In the audio clip below, Ms. Coakley chokes on a question from radio host Ken Pittman referring to the conscience clause. Under the  conscience clause, workers in health-care environments ranging from doctors to maintenance men can refuse to offer services, information, or advice to patients on issues like contraception, blood transfusions, etc..if the workers are morally against it. Here is how Ms. Coakley handled the matter. (audio and transcript below):

Ken Pittman: Right, if you are a Catholic, and believe what the Pope teaches that any form of birth control is a sin. ah you don’t want to do that.

Martha Coakley: No we have a separation of church and state Ken, lets be clear.

Ken Pittman: In the emergency room you still have your religious freedom.

Martha Coakley: (……uh, eh…um..) The law says that people are allowed to have that. You can have religious freedom but you probably shouldn’t work in the emergency room.

This statement is very broad and goes much farther than contraceptives and ERs.  We have seen assertions—such as in the St. Louis Post Dispatch, that all such believers get out of medicine altogether.

If the time comes that people who believe in traditional medical ethics and the sanctity of human life are not welcome in health care—except perhaps in podiatry—not only will it be a profound injustice but the most vulnerable patients will suffer.  Conscience clauses are becoming an increasingly urgent concern. Here is the link to a long piece I wrote for First Things explaining, among other things, what and who I think conscience clauses should protect, and why.
0
Print
Email
Prev Article
Next Article