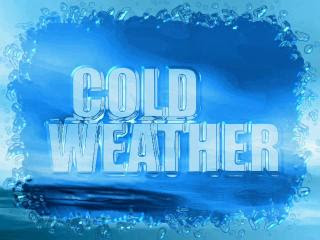 This can’t be right.  As much of the USA chatters in the deep freeze—N. Carolina facing a once in a generation cold snap—weather folk in the UK warn it is facing one of the coldest winter in 100 years.  From the story:

Britain is bracing itself for one of the coldest winters for a century with temperatures hitting minus 16 degrees Celsius, forecasters have warned. They predicted no let up in the freezing snap until at least mid-January, with snow, ice and severe frosts dominating. And the likelihood is that the second half of the month will be even colder...

Weather patterns were more like those in the late 1970s, experts said, while Met Office figures released on Monday are expected to show that the country is experiencing the coldest winter for up to 25 years.

Oh dear. That’s almost as far back as back when “the scientists” were predicting a new ice age.  But at least the polar bears will be happy.