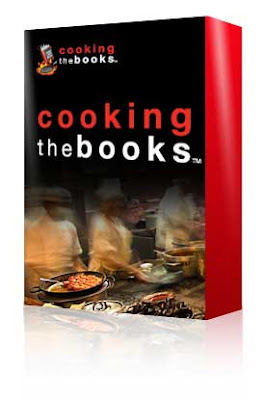 I’ve been trying to not post about global warming today, but it has been hard.  Over the last several months, the entire facade of the “scientific consensus” has been exposed as more about politics than science. And in the wake of NASA’s claim that the last decade was the warmest since records began being kept—duly reported here—I find it telling that scientists may have been cherry picking the data to obtain a predetermined result. From the story:

Two months after “climategate” cast doubt on some of the science behind global warming, new questions are being raised about the reliability of a key temperature database, used by the United Nations and climate change scientists as proof of recent planetary warming. Two American researchers allege that U.S. government scientists have skewed global temperature trends by ignoring readings from thousands of local weather stations around the world, particularly those in colder altitudes and more northerly latitudes, such as Canada.

In the 1970s, nearly 600 Canadian weather stations fed surface temperature readings into a global database assembled by the U.S. National Oceanic and Atmospheric Administration (NOAA). Today, NOAA only collects data from 35 stations across Canada. Worse, only one station — at Eureka on Ellesmere Island — is now used by NOAA as a temperature gauge for all Canadian territory above the Arctic Circle.

The Canadian government, meanwhile, operates 1,400 surface weather stations across the country, and more than 100 above the Arctic Circle, according to Environment Canada. Yet as American researchers Joseph D’Aleo, a meteorologist, and E. Michael Smith, a computer programmer, point out in a study published on the website of the Science and Public Policy Institute, NOAA uses “just one thermometer [for measuring] everything north of latitude 65 degrees.”

Why does that matter?

Using the agency’s own figures, Smith shows that in 1991, almost a quarter of NOAA’s Canadian temperature data came from stations in the high Arctic. The same region contributes only 3% of the Canadian data today. Mr. D’Aleo and Mr. Smith say NOAA and GISS also ignore data from numerous weather stations in other parts of the world, including Russia, the U.S. and China.

They say NOAA collects no temperature data at all from Bolivia — a high-altitude, landlocked country — but instead “interpolates” or assigns temperature values for that country based on data from “nearby” temperature stations located at lower elevations in Peru, or in the Amazon basin. The result, they say, is a warmer-than-truthful global temperature record.

This is a serious charge, admittedly made by skeptics, but backed by seeming facts.  If it is wrong, we should know. But if it is right, that changes everything and the whole thing needs to be recomputed.
0
Print
Email
Prev Article
Next Article