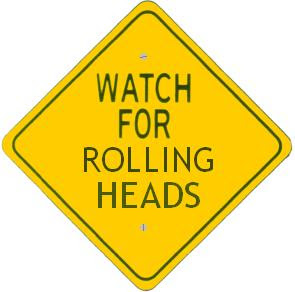 Disgraceful: A UN scientist has admitted he included the nonsense about Himalayan glaciers disappearing by 2035—even though he knew it had not been scientifically verified—to put political pressure on regional government leaders. From the story:

The scientist behind the bogus claim in a Nobel Prize-winning UN report that Himalayan glaciers will have melted by 2035 last night admitted it was included purely to put political pressure on world leaders. Dr Murari Lal also said he was well aware the statement, in the 2007 report by the Intergovernmental Panel on Climate Change (IPCC), did not rest on peer-reviewed scientific research. In an interview with The Mail on Sunday, Dr Lal, the co-ordinating lead author of the report’s chapter on Asia, said: ‘It related to several countries in this region and their water sources. We thought that if we can highlight it, it will impact policy-makers and politicians and encourage them to take some concrete action. ‘It had importance for the region, so we thought we should put it in.’

Not only was that politics instead of science, it was a clear violation of the IPCC’s mandate:

According to the IPCC’s statement of principles, its role is ‘to assess on a comprehensive, objective, open and transparent basis, scientific, technical and socio-economic information – IPCC reports should be neutral with respect to policy’.

It is becoming almost impossible now to call these accumulating messes “isolated incidents” or “mere mistakes.”  Rather, they reflect a systemic abuse and politicization of the process that seems rife within the top echelons of the global warming-believing scientific establishment.


What is ironic here—and in other matters that touch on science covered at SHS, such as embryonic stem cell research and human cloning (the Hwang cloning fraud, etc.) —is that science isn’t being undermined by “religion” or “deniers” or “creationists,” but supposed scientists.  The time has come for heads to roll.
0
Print
Email
Prev Article
Next Article