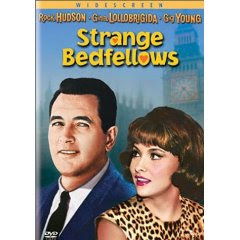 Joke of the day: What do Al Gore and Bin Laden have in common?  Both want to bring “the wheels of the American economy” to a halt. From the story:

Al-Qaida leader Osama bin Laden has called for the world to boycott American goods and the U.S. dollar, blaming the United States and other industrialized countries for global warming, according to a new audiotape released Friday. In the tape, broadcast in part on Al-Jazeera television, bin Laden warned of the dangers of climate change and says that the way to stop it is to bring “the wheels of the American economy” to a halt. He blamed Western industrialized nations for hunger, desertification and floods across the globe, and called for “drastic solutions” to global warming, and “not solutions that partially reduce the effect of climate change.”

Of course, I am not comparing bin Laden to Gore. The former is a mass murdering terrorist. Gore is just crackers. But it is interesting that the quotes above by bin Laden could have been uttered by Gore, Hansen, or the UN’s now discredited IPCC committee report.
0
Print
Email
Prev Article
Next Article