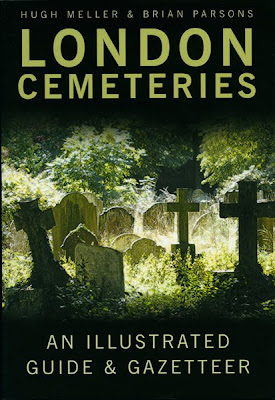 According to polls, the UK is becoming ever more assisted suicide friendly. From the story:

The public’s support for a change in the law on assisted suicide and euthanasia was uncovered by the YouGov poll following a succession of high profile court cases. Three quarters of those polled said the law should be amended to allow assisted suicide, a crime punishable by up to 14 years in prison. Even if the law was not changed, more than 80 per cent of the 2,053 people questioned said relatives of terminally ill people, who had made it clear they wanted to die, should not be prosecuted.

The disconnect shown by this poll result is rather astonishing.  Assisted suicide has been pushed for the last year in the UK by cases that did not involve terminal illnesses.  Debbie Purdy, for example, has non terminal MS.  Her lawsuit to protect her husband from prosecution if he took her to Switzerland for assisted suicide led to the public prosecutor effectively decriminalizing—by promising not to prosecute—assisted suicides of the terminally ill, disabled, and those with degenerating conditions, so long as the deed is done by family or friends (proving, at least, that AS is not “medical”).  Most recently, a woman who assisted the suicide of her chronically ill daughter (a bad case of chronic fatigue syndrome), was found not guilty of attempted murder—the wrong crime to charge, especially as she had plead guilty to assisted suicide—and is now in all the papers about how killing her daughter as an act of selfless love. Perhaps so, but that is easy to say by those really motivated to put the “beloved” out of their own misery—as was the case with George Delury’s doing away with his wife Myrna Lebov.

And now Terry Pratchett, a famous novelist—what is it with UK novelists these days?—has proposed literal death panels:

Sir Terry Pratchett, the author who suffers from Alzheimer’s disease, is due to deliver a lecture in which he will call for assisted suicide “tribunals” that would give the terminally ill permission to end their lives. In the Richard Dimbleby Lecture, he will offer himself as a test case for just such a tribunal. The panels would include a legal expert in family matters and a doctor with experience of serious, long-term illness, who would determine whether sufferers were of sound mind.

The UK’s social structure is in serious trouble across a broad front—a growing crisis about which the pundits hand wring all the time. The recent UK plague of  assisted suicide deaths—so reminiscent of the Kevorkian binge here in the 1990s—reflects that decline.  Add in the UK’s quality of life-based health care rationing, and it doesn’t look good for the UK’s elderly, disabled, and otherwise expensive for whom to care.
0
Print
Email
Prev Article
Next Article