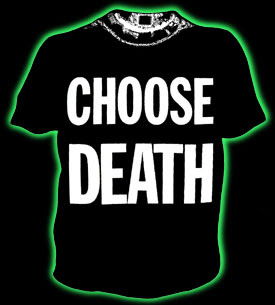 The Netherlands vividly illustrates how euthanasia/assisted suicide cannot logically be limited to the restricted category of people diagnosed with a terminal illness. Since euthanasia began there under official sanction—first decriminalization and then formal legalization—the Dutch have fallen off a moral cliff in which all kinds of people are killed by doctors or assisted in suicide—including disabled infants and people who haven’t asked to die.  Had you told the Dutch that their “limited” license, under oh, so strict “guidelines” would lead to baby killing, I wonder whether it would have gone forward.

But that is water under Suicide Bridge. I have long believed that once killing is accepted as an acceptable answer to human suffering, the culture changes to the point that life itself ceases to matter if the person in question is perceived as “suffering.”  Now, Dutch citizens have rushed to put a measure before the Parliament that would allow people age 70 and older who are “tired of life,” to have access to assisted suicide—even if they aren’t sick or disabled.  From the story:

A lobby group hoping to win support for assisted suicide for the over 70s has raised the necessary 40,000 signatures to force a parliamentary debate on the issue.The organisation, which is supported by tv personalities and academics, says thousands of elderly people have had enough of life and would like professional help to commit suicide. The campaign was launched last week.

Unbelievable, but entirely logical. Once you start down this road, it is never enough.  And why limit it to people age 70 and over?  Surely 68 year olds who are tired of life deserve “choice.”  And in fact, why not just anybody sufficiently depressed to want to die for longer than two weeks?  Yup, that is already happening—officially approved by the Dutch Supreme Court.

As Canadian journalist Andrew Coyne once wrote so succinctly:

A society that believes in nothing can offer no argument even against death. A culture that has lost its faith in life cannot comprehend why it should be endured.

That seems to be the cliff of of which the Dutch have fallen. Culture of death, Wesley?  What culture of death?
0
Print
Email
Prev Article
Next Article