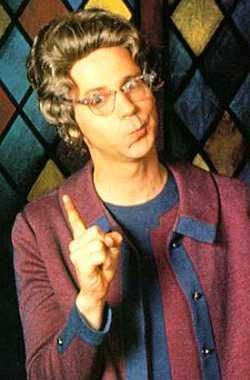 University towns tend to be the worst when it comes to vapidity and useless symbolic gestures promoting Leftist hyper control. In that tradition, Cambridge, MA—home of Harvard (of course)—has decided to take the point on fighting global warming!  And  they are serious about it, no fooling around.  From the story:

Going green will not be optional in Cambridge, Mass., if the Cambridge Climate Congress has its way. It will be mandatory. There will be congestion pricing to reduce car travel. Curbside parking will be eliminated. There will be a carbon tax “of some kind,” not to mention taxes on plastic and paper bags. And the Massachusetts city, home of Harvard University and the Massachusetts Institute of Technology, will advocate vegetarianism and veganism, complete with “Meatless or Vegan Mondays.”

Those are just some of the proposals put forth by the Congress, which was created in May 2009 to respond to the “climate emergency” plaguing Cambridge. Once the Congress settles on its recommendations, they will submitted to the City Council. “This emergency is created by the growth of local greenhouse gas emissions despite the urgent warnings of climate scientists that substantial reductions are needed in order to reduce the risk of disastrous changes to our climate,” the Climate Congress reported in proposals issued on Jan. 23. “This proposal is made in the belief that an effective local response is, if anything, made more urgent by so far inadequate global agreements and federal policies for emissions reductions. It is made in the belief that our City should lead by example.”’

Whatever Cambridge does will have zero impact on any purported warming.  Or to put it another way, it is just a way to make people with nothing better to do feel important. Even more to the point, these hollow gestures will allow the warming crowd to control how other people live. From the current Cambridge Climate Conference proposal (my emphasis):

Create a Climate Emergency Response Board (CERB)...2. Purpose: The CERB is charged with promoting, coordinating, and monitoring response to the climate emergency by all sectors of Cambridge, including individuals, households, voluntary membership organizations, businesses, institutions, property owners, and the city government through reduction of local greenhouse gas emissions and other means.

How  about minding your own business, instead?