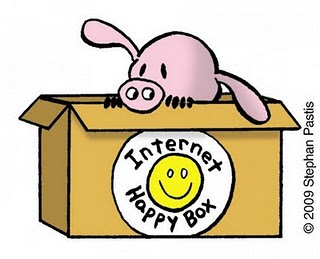 Here’s some news about which only animal rights believers will be upset: Scientists have developed a technique for maintaining pig lungs that could permit them to be used in human transplantation within five years. From the story:

Scientists in Melbourne, Australia, used a ventilator and pump to keep the animal lungs alive and “breathing” while human blood flowed in them. Experts estimated the work could lead to the first animal-human transplants within five years.  Dr Glenn Westall, who helped conduct the experiment, said: “The blood went into the lungs without oxygen and came out with oxygen, which is the exact function of the lungs. “It showed that these lungs were working perfectly well and doing as we were expecting them to do. “This is a significant advance compared to experiments that have been performed over the past 20 years.” The breakthrough came after scientists were able to remove a section of pig DNA, which had made the pig organs incompatible with human blood.

Obviously, there is much work left to do. But if this works, it will save many lives. Question, what about the worry of porcine viruses crossing the species barrier?

Human DNA is now added to the pigs as they are reared to reduce clotting and the number of lungs which are rejected...The issue has prompted an ethical debate about the use of animals for human transplants. Medical ethicist Professor Nicholas Tonti-Filippini said: “It is basically a human-pig, a hybrid, or whatever you want to call it. “It is about whether the community is prepared to accept a part human, part animal.”

No, creating a transgenic animal—such the sheep from which pharming is done to obtain difficult to obtain enzymes—isn’t an ethical problem in that it does not impact on the essential natures of either the pigs or the potential human organ recipients. And the pig organs will not impact the germ lines of the recipients at all.

That point aside, yet again we see the tremendous value of animal research.  While one can make the moral argument that it is wrong to sacrifice pigs for humans—I disagree but respect the argument—I don’t think one can say with intellectual integrity that such experiments do not provide significant real and potential human benefit.
0
Print
Email
Prev Article
Next Article