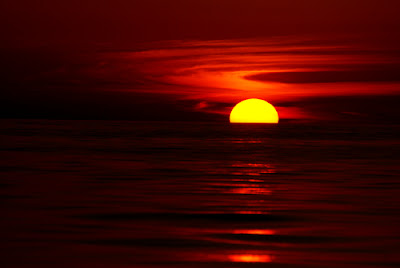 The ethical struggle over medical futility can be intense, but I think both sides have the best interests of patients and society at heart.  A very thoughtful commentary in the NEJM by Robert D. Truog—who, I have disagreed with in the past when he advocated doing away with the dead donor rule in organ transplant medicine—vividly illustrates the deep cross currents involved in refusing wanted life-sustaining treatment.  First, he tells the story of the “futile” CPR of a child. From the article (link to intro only):

I vividly recall the evening when, a few minutes after a “code blue” was called over the hospital intercom, I watched this little boy being rolled in through the doors of the ICU. He appeared chalky and lifeless; I remember thinking that he might already be dead.  We ventilated the boy through his tracheostomy and made multiple unsuccessful attempts to place central venous and intraosseous lines. After perhaps minutes, I asked the team to stop. I pronounced the boy dead. None of us felt good about what had just happened. One of the nurses later told me that it had been so upsetting she had had to fight back the urge to vomit.

Understandable. That means he believes it was wrong, right? Wrong.

I went to talk to the parents. They had arrived at the hospital a short time after the code blue [full cardiac arrest with crash cart resuscitation] was called and were holding their little boy. I fully expected to be on the receiving end of an angry tirade full of accusations about our faiIure to keep their son alive. Instead, the mood was remarkably quiet and somber, as they began the universal grieving of parents for a lost child. But what surprised me the most was when the father gently opened his son’s shirt, revealing all the puncture wounds and bruises from our failed attempts to place a subclavian catheter. He looked up at me and said, “I want to thank you. I can see from this that you really tried; you didn’t just give up and let him die.”...

I still believe that, all things considered, we did the right thing for this patient and family on that evening. Most families want their loved ones to be peaceful and comfortable when death is near. Some patients and families, however, do not share this vision of a “good death!’ For some, it is very important to believe that they fought until the very end. This may be particularly true for families who, like this one, may have to recount the story of their loved one’s death to friends and relatives in parts of the world where modern ICU care is nonexistent, and for whom the idea of “giving up” despite the availability of such seemingly limitless technology would be deemed wrong and inconceivable. Although the interests of the patient are always primary, at the end of life there are times when the interests of the patient begin to wane, while those of the family intensify.

So, does the medical team really owe a duty to the parents?  That’s an interesting question.  Bioethicist John Hardwig has written that doctors should withhold beneficial life-extending options from families to protect them from the emotions involved with stopping treatment and to help protect family resources that might otherwise go into patient care. That is clearly wrong. The doctor owes a fiduciary duty to patients. It is wrong to sacrifice patient welfare for the perceived conflicting interests of the family.

In this case, Dr. Troug seems to be saying that the interests of the patient and family were not in conflict because the child was beyond suffering.  I’m not sure about that.  I have seen a Code Blue in action and it is very difficult for all concerned—particularly when there is almost no chance of success.  From what I have seen and been told though, most families know when to stop.  But in this case, the family wasn’t there.

Yes, there are times when CPR would be abusive as well as physiologically futile, at which time Code Blues should not be tried. But all benefits of doubt, it seems to me, should go to providing the requested attempt, rebutable if the intervention would cause the patient intense suffering without any meaningful prospect of efficacy. And wanted treatment should never be withheld because of “quality of life” judgmentalism, such as no prospect for recovery or probably future disability.

These are tough issues and I appreciate Dr. Troug’s measured and compassionate take on the matter.
0
Print
Email
Prev Article
Next Article