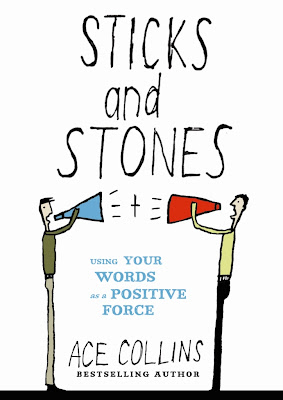 As posted about previously, the National Review gave me an opportunity to respond to Matthew Scully’s diatribe against my book.  (Scully, who is a conservative speech writer, is—to understate the matter—extremely emotional about animal issues).  In part 1, I responded to his continuing canard that I supported breaking the limbs of chimps in experiments.  In this post, I will excerpt some of my more general comments, which describe the book in a nutshell.

First, I remarked on the hyper emotionality of Scully’s review (here’s a link):

But let us ponder: What would drive a deeply talented writer like Scully to engage in such blatant falsehood? Like Zeus throwing his destructive lightning bolts, radical animal advocates often deploy the rant in order to drive rationality and reason off the field. In the face of such fury, we are tempted to cower under our desks, thereby allowing animal-rights activists to stand alone as righteous “defenders” of those who “can’t speak for themselves.”

Such demagoguery stifles our deeply pondering this important moral issue.  Thus, I hope the book will help restore balance to the discussion of these matters.

In the rest of my response, I describe the book (since Scully didn’t), beginning with making a crucial distinction between animal rights and animal welfare:

So what’s the book really about? With A Rat Is a Pig Is a Dog Is a Boy, I hope to clear up the confusion in the public mind between promoting “animal welfare”—a noble cause, which I endorse—and “animal rights,” which I oppose. The former acknowledges the ethical propriety of using animals for human benefit, while vigorously insisting on concomitant duties to treat animals humanely. In direct contrast, animal-rights ideology disdains the welfarist approach as “speciesism”—i.e., “discrimination” against animals—and dogmatically insists we have no right to consume meat, to wear leather, to conduct animal research, and, for some, even to own dogs. In other words, the ultimate goal of animal rights—which believers understand to be a multi-generational project—is ending all animal domestication no matter how beneficial to humans.

I describe the various ideological assertions of animal rights dogma, and then describe the consequences of such belief:

Regardless of the approach, to the animal-rights true believer, that which is done to an animal is judged as if the same action were done to a human being. Hence, many animal rightists believe cattle ranching is as odious as slavery and research on lab rats an equivalent evil to Mengele’s experiments in the camps.

This leads some to engage in violence and terrorism, which I won’t belabor here. I then describe the second purpose of my book:

The hyperemotionality of animal-rights campaigners too often hides the tremendous benefits we receive from the proper and humane use of animals. For this reason, I devote an entire section of the book to a judicious discussion of animal research, the use of animals as food, and the more volatile issues of fur and hunting. I don’t pretend to identify proper husbandry techniques in every case. But I believe it is important both to expose the false assertions made by animal rightists—for example, that humans do not benefit from animal research and that fur trappers still use archaic metal traps that break animals’ legs—and to allow people engaged in these industries a forum to express their usually drowned-out perspectives.

And, of course, human exceptionalism is the core component:


Human exceptionalism increasingly is criticized as arrogant and hubristic, spurring us to mistreat animals and despoil the planet. I believe the contrary is true. Indeed, if being human isn’t what gives us the duty to treat animals properly, what in the world does?

It is worth noting that Scully has now failed twice to mention—as ethics would seem to require—that I criticized (and complimented) his book Dominion in A Rat is a Pig is a Dog is a Boy. Moreover, it would have been nice if he had actually dealt substantially with what I wrote, rather than just venting his anger about the uses to which animals are put. But in an era in which feelings count more than thoughts, I am not surprised.
0
Print
Email
Prev Article
Next Article