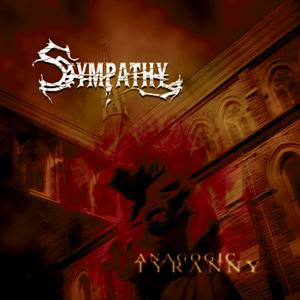 Joe Carter has a splendidly detailed history of Dutch euthanasia in the “On the Square” feature here at First Things.  Read it carefully.  It will show how mercy killing, sold to the Dutch as a restricted practice, expanded steadily to where it now includes infanticide and assisted suicide of the depressed and grieving.  And as for those supposedly strict guidelines? They are just ignored.  From Carter’s piece, “Sympathectomy of the Soul”:

A survey of 405 Dutch doctors published in the Journal of Medical Ethics in 1999 revealed that safeguards established by the Royal Dutch Medical Association to control how and when euthanasia is performed were often ignored. Dr. Henk Jochemsen of the Lindeboom Institute for Medical Ethics and Dr. John Keown of the University of Cambridge found that almost two-thirds of cases of euthanasia and assisted suicide in 1995 were not reported. According to the findings, in 20 percent of cases the patients did not explicitly request to die and in 17 percent of cases other treatments were available. The doctors surveyed claimed that 56 percent of patients wanted to “prevent loss of dignity” while 47 percent wanted to “prevent further suffering.” “The reality is that a clear majority of cases of euthanasia, both with and without request, go unreported and unchecked,” said Drs. Jochemsen and Keown. “Dutch claims of effective regulation ring hollow.”

But “control” isn’t the purpose of guidelines.  Appearance of control is the point.  But what about law enforcement?  Forget about it:

The Royal Dutch Medical Association has since called for increased reporting to bolster public trust in euthanasia laws. But enthusiasm for following these procedures and standards remains muted, since doctors know that no penalties will be incurred by simply ignoring the law. Prosecutions for guideline violations are exceedingly rare and no doctor has ever been imprisoned or substantially penalized for noncompliance. Even when the government is made aware of cases of non-voluntary euthanasia, no legal action is likely to be taken.

By conflating the duty to reduce suffering with the perceived necessity to eliminate all suffering, Dutch physicians have increasingly resorted to euthanasia as a novel form of sympathectomy. A sympathectomy is a medical procedure that is sometimes required after a localized trauma or peripheral nerve injury, when a person may feel a syndrome of pain and tenderness that can only be relieved by the excision of a sympathetic nerve. In a similar manner, when faced with the many pains, heartaches, and disabilities that eventually afflict most of us in one form or another, the Dutch are resorting to the excision provided by euthanasia.

In doing so, they are severing more than the cords of life, they are cutting the sympathetic nerves that tie us to our fellow human beings. By perverting the traditional role of the physician, the Dutch are making a mockery of true human compassion, and providing a stark warning to those aging societies, like our own, which might one day be tempted to allow this sympathectomy of the soul.

As the Dutch now debate whether old age is a killable offense to human dignity, we should remember that as we debate “death with dignity” elsewhere in the world.
0
Print
Email
Prev Article
Next Article