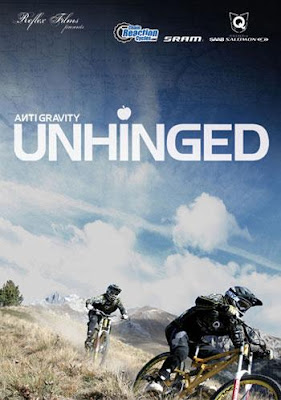 After Matthew Scully’s screed against A Rat is a Pig, etc., discussed here, National Review gave me the opportunity to write an extended reply.  Let me deal with his continuing mendacity first, and then I will write a second post excerpting some of my more general comments.

In his review, Scully claimed falsely that I supported an experiment that broke chimps’ arms.  Here’s is my comment to that point, and then his response (Here’s a link):

ANIMAL RIGHTS began as an issue, became a movement, and has morphed into an ideology. Usually, animal rights is allied with the Left; but not always. Thus, when I decided to write a book criticizing the animal-rights movement, I expected to be attacked as being somehow indifferent to the suffering of animals and, moreover, that Matthew Scully—the animal-rights movement’s favorite conservative—would lead the charge. What I didn’t expect was for Scully to illustrate my supposed heartlessness with a false anecdote, the by-product of his own furious imagination. And to that, I strenuously object. In criticizing my explanation of the need for using animals in scientific research, Scully accused me of offering “soothing descriptions of violent experiments (chimps are ‘seated quietly, not struggling’ as their limbs are about to be broken.)” False. I never wrote about a chimp experiment that involved breaking limbs. Indeed, I have never heard of such an experiment. Scully can rail all he wants against my book. But he has no right to resort to cheap demagoguery to score an easy emotional point.

Scully doesn’t back off:

The experiment Smith has “never heard of” is described on pages 74 and 75 of his own book, and his words are just as I quoted them in my review. The chimpanzees were strapped down (“held motionless,” as he puts it), and as experimenters prepared to slice their limbs and sever their nerves, Smith insists that they were still “seated quietly, not struggling.” The violence of the scene, until the primates were finally killed and discarded, is quickly passed over, with Smith’s usual assurances that humanity was served and the details are no concern of ours.

This is jaw dropping: The experiment he is referencing did not involve chimps.  The now notorious  “Silver Spring Monkey Case—infamous because of what an animal rights activist did to an ethical researcher, not because of his experiments—involved monkeys—a different animal entirely.  Second, I wrote about the particular experiment because Alex Pacheco, PETA’s co founder, attempted to destroy the life of the celebrated researcher, Dr. Edward Taub, by creating a materially false image of what was happening in the lab and the quality of the animals’ care, while Taub was on vacation.  (Described fully at NRO in February 2004.)  Third, the experiment did not involve “breaking limbs” but a surgical procedure performed under proper anesthesia.  Fourth, Taub was engaged in NIH-approved research that led to a tremendous breakthrough in the rehabilitation of stroke patients—Constrained Induced Movement Therapy—now benefiting tens of thousands of stroke patients around the world, and most recently, children with cerebral palsy.  That Scully can’t identify the right animal—twice—refused to accurately describe what was done, and utterly ignored the tremendous human benefit that resulted from the research is both disturbing and telling.
0
Print
Email
Prev Article
Next Article