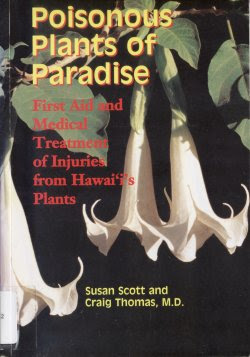 As mentioned here yesterday, Idaho will sue to stop Obamacare’s mandatory purchase provision.  Virginia’s bill, soon to become law, in effect, opts its citizens out of the mandatory purchase requirement altogether.  From the story:

The Virginia General Assembly [official website] on Wednesday passed a bill [text, PDF] that will ban any federal mandate for individuals to have health insurance. The bill, called the Virginia Health Care Freedom Act, is the first of its kind [WP report] passed by any state, and says that no individual shall be held liable if they refuse to sign up for health care. Governor Robert McDonnell [official website] has said that he will sign [WTVR report] the bill into law. About 30 other states are working on a similar measure to negate [ALEC report] the widely expected federal mandate for health insurance.

Adding to Obamacare’s woes, the VA Attorney General is also threatening to sue if the “Slaughter Rule” is used to pass the bill without actually voting on it.  From the AG’s letter:

Dear Speaker Pelosi: I am writing to urge you not to proceed with the Senate Patient Protection and Affordable Care Act under a so-called “deem and pass” rule because such a course of action would raise grave constitutional questions. Based upon media interviews and statements which I have seen, you are considering this approach because it might somehow shield members of Congress from taking a recorded vote on an overwhelmingly unpopular Senate bill. This is an improper purpose under the bicameralism requirements of Article I, Section 7 of the U.S. Constitution, one of the purposes of which is to make our representatives fully accountable for their votes. Furthermore, to be validly enacted, the Senate bill would have to be accepted by the House in a form that is word-for-word identical (Clinton v. City of New York, 524 U.S. 417 (1998)). Should you employ the deem and pass tactic, you expose any act which may pass to yet another constitutional challenge. A bill of this magnitude should not be passed using this maneuver. As the President noted last week, the American people are entitled to an up or down vote.

President Obama and his team badly lost the political debate over Obamacare, but are hell bent to pass their bill anyway—regardless of the political cost to the Democratic Party and the even greater harm it will cause to the country’s social fabric.  They are recklessly sowing discord, division, and dissension, which will yield years of political and legal strife.
0
Print
Email
Prev Article
Next Article