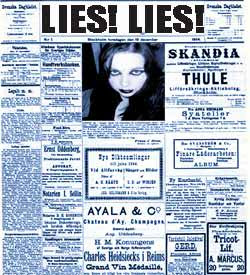 I believe in wide open speech and the rough and tumble of public debate, particularly about important political or social controversies and public persons—me included.   That doesn’t mean, of course, that I believe in libel.  Intentionally making false claims about a person that exposes him or her to contempt and ridicule can and should be a civil wrong.   Thus, for example, if I accused my neighbor—a retired parole officer— of robbing a bank, I could properly be sued.

In the USA, the 1st Amendment makes it extremely difficult for a public figure to sue successfully for libel, since in New York Times v Sullivan, the Supreme Court ruled that the aggrieved party has to show “malice,” that is knowledge or reckless disregard of the statement’s falsehood.  This results in unfairness to some people, but the benefit is a robust marketplace of ideas.

Other nations are not nearly as enamored of free speech as is America.  Canada, for example, restricts speech in significant ways that would never (I hope) be accepted in the USA.  Perhaps that is why Andrew Weaver, a leading Canadian climate scientist, is suing the National Post for libel based on its articles that the scientist believes defamed him, which from what I read in the following article, would seem to have little chance of success here. From the story:

One of the world’s leading climate scientists has launched a libel lawsuit against a Canadian newspaper for publishing articles that he says “poison” the debate on global warming. In a case with potentially huge consequences for online publishers, lawyers acting for Andrew Weaver, a climate modeller at the University of Victoria, Canada, have demanded the National Post removes the articles not only from its own websites, but also from the numerous blogs and sites where they were reposted.

Weaver says the articles, published at the height of several recent controversies over the reliability of climate science in recent months, contain “grossly irresponsible falsehoods”. He said he filed the suit after the newspaper refused to retract the articles. Weaver said: “If I sit back and do nothing to clear my name, these libels will stay on the internet forever. They’ll poison the factual record, misleading people who are looking for reliable scientific information about global warming.”

Wait a minute. Publishing falsehoods or misleading people about a public policy issue isn’t—or at least, in my view—shouldn’t be—libel.  However, if Weaver was accused, for example, of professional malfeasance or misfeasance—say, of making up research or plagarism—assuming it is false, that could be libel.  Thus, this charge might be libel, if proved:

The four articles, published from December to February, claimed that Weaver cherry picked data to support his climate research, and that he tried to blame the “evil fossil fuel” industry for break-ins at his office in 2008 to divert attention from reported mistakes in the 2007 report of the Intergovernmental Panel on Climate Change, on which he was lead author.

But then again, it might just be the expression of an opinion—which doesn’t necessarily inoculate one from the charge of libel, but which is different than making a false assertion of a purported fact.  It can get complicated—at least in the USA.

I don’t know if any of the articles in question made any such explicit accusations against Weaver, but this part of the story is what got my attention:

The lawsuit also highlights several claims in the articles that attempt to question or undermine the scientific consensus on climate change, including that annual global mean temperatures have stopped increasing in the last decade and that climate models are “falling apart”. Such statements, the lawsuit says, would lead readers to conclude that Weaver “is so strongly motivated by a corrupt interest in receiving government funding that he willfully conceals scientific climate data which refutes global warming in order to keep alarming the public so that it welcomes... funding for climate scientists such as himself.”

Well now just a darn minute.  This seems to be a claim that merely disagreeing with this scientist or, indeed, with the all holy “consensus,” is the same thing as defaming said scientist and/or those who are part of creating that consensus, because some reader might conclude that the scientists weren’t professional in reaching their conclusions—even if that charge was never actually leveled.  If that is what the lawsuit actually alleges in part or in whole, it is an astonishing claim and a spear aimed at the heart of heterodox comment and free public debate.

Then too, these things sometimes backfire because matters quickly run out of control.  Look what happened to Oscar Wilde.
0
Print
Email
Prev Article
Next Article