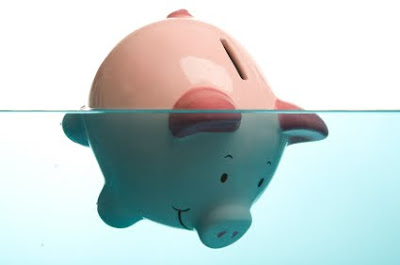 Obamacare supporters should—but won’t—be held to account for holding some good ideas hostage to all the bad ones in the new law.  For example, the problem of pre-existing conditions truly did cry out for reform.  Creating federal/private insurance company-subsidized  high risk pools at the state  or regional level is a good solution—akin to auto insurance assigned risk pools.   Such a plan could have passed easily within a few months and already been in operation.  Indeed, shame on the Republicans for not doing it years ago when they were in charge.

But Obamacare authors used this real problem that had a relatively simple solution as an excuse to construct their power grabbing 2,500 or so page bill—and the 100,000 pages of mischief, er, regulations, to come that will be promulgated by the bureaucrats mostly out of the public eye, where the real damage will be done.

In any event, the new law establishes high risk pools as a temporary measure, and that provision will soon go into effect.  From the story:

The U.S. Department of Health and Human Services is asking states to decide whether they will participate in new high-risk health-insurance pools, a temporary mechanism for covering the uninsured that takes effect this summer. HHS Secretary Kathleen Sebelius Friday sent a letter to governors and state insurance commissioners spelling out the rules for the program, one of the first pieces of the health-care overhaul. Beginning July 1, the pools will provide insurance for adults with pre-existing health conditions who lack insurance through an employer and can’t get affordable coverage on their own. By 2014, the health law will replace them with new state-run insurance exchanges.

The pools are a test for President Barack Obama’s administration. Some health-policy experts say the 90-day implementation window isn’t enough time to get them going, and that the $5 billion they will receive in funding isn’t enough to make the insurance policies affordable. “This is a temporary solution,” Jeanne Lambrew, director of the HHS Office of Health Reform, said Friday. “We anticipate doing our best to help as many people as possible.”

These risk pools should have been one of the main parts of a far more limited bill—with adequate funding to assure affordability. And again, this could have all been up and running by now had Obamacare supporters not held the pre-existing condition issue hostage to their more hegemonic, power grabbing ambitions.

When (and if) this bill is repealed, reformed, and replaced—the high risk pools should be kept.  Indeed, I think they should replace the requirement that health insurance companies take all comers without regard to health.  That would keep insurance costs lower for most people—it is in everyone’s interest that health insurance companies solvent, which, after all, is the purpose of underwriting—while making sure all people receive adequate protection.  And it would cost a heck of a lot less money to the tax payers than the monstrosity with which we are now saddled.