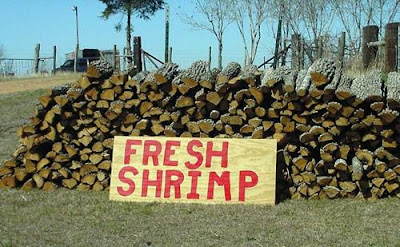 Whether one was for or against Obamacare, we all knew it would be more expensive than the Administration or its supporters in Congress pretended.  And now, a new U.S. Government study illustrates the depth of dishonesty and the blatant false advertising by politicians who claimed it would save  money—their excuse for jamming this mess down our unwilling throats. From the story:

The Obama administration on Friday defended the new health insurance law after a report from its own Medicare services agency showed the provisions will increase the nation’s health care tab over the next 10 years instead of bringing costs down. The sobering assessment by the Centers for Medicare and Medicaid Services concludes what Republicans had warned about during heated debate — that the double-counting of Medicare spending — as both savings and as a means to shore up the debt-ridden government fund for seniors’ health care — means the cost is unrealistic. The analysis also found that the law falls short of the president’s twin goal of controlling runaway costs, raising projected spending by about 1 percent over 10 years, or $311 billion, up from the $222 billion previous estimated.

Here are some other specifics:

— The estimated reductions in the growth rate of health spending “may not be fully achievable” because “Medicare productivity adjustments could become unsustainable even within the next 10 years, and over time the reductions in the scope of employer-sponsored health insurance could also become an issue”;

— New fees and taxes on medical device makers will “generally be passed through to health consumers in the form of higher drug and devices prices and higher premiums”;

— By 2011 and 2012 the initial $5 billion in federal funding for the creation of a national high-risk pool “would be exhausted, resulting in substantial premium increases to sustain the program; we anticipate that such increases would limit further participation”;

— It is reasonable to expect that a significant portion of the increased demand for Medicaid would be difficult to meet, particularly over the first few years”;

— Businesses would pay $87 billion in penalties between 2014-2019 for failure to offer insurance.

Sounds like a debacle to me: Rescind. Reform. Replace. Defund.
0
Print
Email
Prev Article
Next Article